Major John Wesley Powell holds the distinction of being the first to navigate the Colorado River through the Grand Canyon. In 1869, Powell commissioned four boats, built in Chicago, and transported to Green River City, Wyoming, where he would start his expedition. On May 24, Powell and nine other men, including his brother, departed on their journey into mostly uncharted territories. They would navigate some of the most difficult rapids and see some of the most beautiful country they had ever seen.

On June 9th, before they reached the Grand Canyon, the Powell expedition experienced their first calamity. While Major Powell scouted a rapids, one of the boats was sucked into the rapids before the crew could make shore. The crew all ended up on an island in the middle of the river and were rescued. The boat broke in half, and they found part half a mile downstream. One-third of their provisions and instruments were lost early in the trip.

When Major Powell realized all his barometers, used for determining the altitude of the river, were lost, he decided they needed to try to recover them. They spent the next day portaging boats while two of the men attempted to find the barometers. They were successful in recovering the instruments and a keg of whiskey.

Major Powell wrote of the Lodore Canyon, "This has been a chapter of disasters and toils, notwithstanding which the Canyon of the Lodore was not devoid of scenic interest, even beyond the power of pen to tell. The roar of its waters was heard unceasingly from the hour we entered it until we landed here. No quiet in all that time. But its walls and cliffs, its peaks and crags, its amphitheatres and alcoves tell a story of beauty and grandeur that I hear yet - and shall hear."

The adventures continue as they encounter rapids, difficult portages, and at one point, Major Powell being rescued from a cliff face. One of the crew had to take off his pants and lower them to the Major in order to pull him to the top of the cliff. By the time they reach Marble Canyon, the walls are over 2,000 feet high and the rapids are difficult to navigate. In August, Major Powell wrote in his journal, "We have an unknown distance yet to run, an unknown river to explore. What falls there are, we know not; what rocks beset the channel, we know not; what walls rise over the river, we know not. Ah, well! We may conjecture many things. The men talk as cheerfully as ever; jests are bandied about freely this morning; but to me the cheer is somber and the jests are ghastly."

In Mid-August, the weary party comes to a slower section of the river. In the afternoon they encounter a beautiful stream emptying into the Colorado River. They stop to camp and explore. Major Powell names the creek, Bright Angel in contrast to a smelly stream they encountered previously that they named Dirty Devil. They explore the Bright Angel canyon and find many artifacts and ruins.

Toward the end of August, the party comes to some large lava rocks in the middle of the river. Farther down they see Lava Falls, a spectacular sight. Major Powell writes, "What a conflict of water and fire there must have been here! Just imagine a river of molten rock running down into a river of melted snow. What a seething and boiling of the waters; what clouds of steam rolled into the heavens."

On August 29th, 1869, the Powell Expidition exited the Grand Canyon. Three of their party left before they reached the end. Another of their boats had to be abandoned. They accomplished an amazing feat and encountered many hardships in these few months.

Have you ever visited the Grand Canyon? Back in 1982, I hiked to the bottom of the Canyon with my parents, a wonderful experience. Have you ever hiked the Canyon, ridden the mules down to Bright Angel point, or ridden a boat in the rapids? Leave a comment and your email address to be entered in a giveaway.

My latest release, the Timeless Love Romance Collection, includes a reprint of  some stories set a the El Tovar Lodge in the Grand Canyon. Four of the stories center around the Harvey Girls. We've had some past posts written about the Harvey girls. You can read about them here: http://www.hhhistory.com/2014/04/harvey-girls-and-el-tovar-hotel-by.html 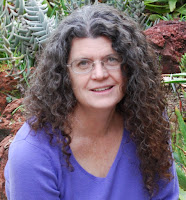