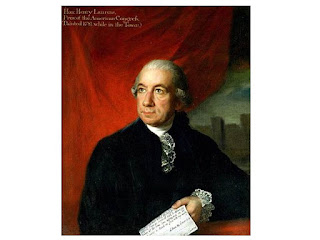 In 1781, Henry Laurens, a South Carolinian who succeeded John Hancock as president of the Continental Congress for much of the group’s 1777-78 stay in York Town, was on his way to the Netherlands with a packet of top level secret papers to get support from the Dutch for the American cause. His ship was captured by the British, and although he tossed the leather pouch into the water, a dinghy of sailors retrieved it. The papers resulted in the British declaring war on the Netherlands.
Despite being taken to the Tower of London and enduring lengthy interrogations by various high level security committees Laurens kept his silence through his entire incarceration, frustrating all who tried to threaten him with possible beheading for high treason. Laurens always maintained he was not a subject of the British Monarch but a “prisoner of war.” He was placed in the same cell as the famous lawyer, Sir Thomas More, and was also forced to make payments for the cell’s rental, the guards’ wages, food, drink, even candles and coal.

Laurens attracted the attention of London’s fashionable crowd and became a celebrity among many Londoners, gaining the moniker, “Tower Laurens” as he represented liberty and freedom, which was secretly a desire among British subjects.
The warden of the prison had a daughter, Elizabeth, barely out of her teens who also became attracted to the famous “rebel colonist.” She went often to Lauren’s cell with food and other necessaries and smuggled his writings on American independence and secret information out of the Tower. The relationship between Laurens, in his fifties, and the young woman eventually grew into a full-fledged love affair, and she willingly risked her life as a spy.
After his release, in exchange for Lord Cornwallis, Henry Laurens went to Netherlands, then Paris for the Treaty and then returned to England, becoming the first American ambassador to London. It is assumed by some that Henry’s love for Elizabeth kept him there, but he also had family members in Britain.
There must have been some separation between Henry and Elizabeth within a few years because Laurens returned to South Carolina in 1786, never to see her again. However, it is clear his affection for her must have continued, because when he died in 1792, Henry bequeathed Elizabeth and her mother a substantial legacy.
Henry Laurens owned the land which today is called Mepkin Abbey in Charleston. He was the father of John Laurens, who battled to end slavery and fought for George Washington until he was killed in action in August 1782. 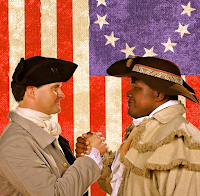 Henry and his abolitionist son, John, and Elizabeth will be featured in a world premiere theatrical production, Radical Son, presented by the Actors’ Theatre of South Carolina from October 8-17 at the Threshold Repertory Theatre in downtown Charleston.
website for tickets is: www.thresholdrep.org 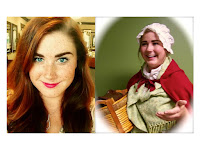 Actress Elizabeth Leigh Watson is delighted to be making her debut with Actors’ Theatre of South Carolina as the mysterious historical patriot spy, ELIZABETH FUTTERELL. Watson most recently toured the US professionally with Missoula Children’s Theatre as a Tour Actor/Director for the musical Pied Piper. Originally from Fayetteville, NC, she spent time studying acting in NYC before calling Charleston home. She continued her studies at the College of Charleston where her favorite credits include Rosencrantz in Hamlet, Eudora in Mad Gravity and Beatrice in A View from the Bridge. Elizabeth graduated from the College of Charleston with her BA in Theatre 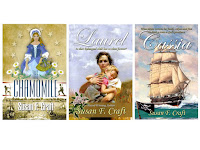