Once upon a time long ago a kingdom stretched at its height across parts of present-day Austria, Germany, Hungary, Italy, Poland, Slovakia, Slovenia, and Ukraine. It arose after settlement of the Hercynian forests, the vast and dense ancient forest east of the Rhine River in Europe.Writing about this kingdom is special to me because it is one of my ancestral homelands.

From the 12th century until 1611, the Rožmberkové (Rosenberg) family controlled most of the lands in southern Bohemia. Members of this family, part of the powerful Vitkovci clan, were lords who held posts in the royal court. Heraldry tells us a little about this family. The crowned helm on the Rožmberkové coat of arms shows a crowned helm to denote royalty and has a five-petaled heraldic rose as its crest on on its shield. The red rose in heraldry stood for grace and beauty. The silver and white fields behind the roses stood for peace and sincerity. The snake represents wisdom. Gold in heraldry denotes generosity.
Rožmberk Castle, a gorgeous estate situated on a promontory of the Vitava River, served as the family's stronghold, and a town grew up around the barbican (external gate).

The Rozmberk family showed its generosity by donating part of its lands to the Cistercian monastery in the town of Vyšší Brod, one of the last Cistercian monasteries to exist in Bohemia when it was still a kingdom.
The wealth of the Rozmberk family is apparent in the rather large fishponds they had built. Rozmberk pond, completed in 1590 near the south Bohemian town of Třeboň, is 4.89 square kilometres and 12.3 meters at its deepest and the largest pond in Central Europe and a Ramsar-Convention protected wetland.


What happened to the Kingdom of Bohemia?

Bohemia was taken over by the Hapsburg Empire in 1526 and continued under the subsequent Hapsburg-Lorraine branch to become part of the Austrian Empire at the dissolution of the Roman Empire. From 1867 to 1918, the Austro-Hungarian Empire annexed Bohemia, although the country retained its name and kingdom status 1918, After World War I, when the Austro-Hungarian Empire was dissolved, Bohemia combined with Moravia, Slovakia, Czech Silesia, and Subcarpathian Ruthenia to create the Czechoslovak Republic.

Why do people call themselves Bohemians when they are not from Bohemian ancestry?

Starving artists, especially of the literary variety, once took up residence in Paris's low-rent districts. These neighborhoods were often occupied by Romani people, called "gypsies," and since so many Romanis lived in Bohemia, these artists came to be known as Bohemians by association, I guess. Because they lived an impoverished lifestyle, the stereotype of the starving literary artist was born. The unconventional lifestyle these artists lived caught the imagination of many and has since evolved into the bohemian subculture we see today.

Because of my Bohemian heritage, I have mixed feelings about my ethnic heritage being overwritten in this way. I love living in the moment as much as the next artist, but there's also a sadness in knowing that the Kingdom of Bohemia is no more. 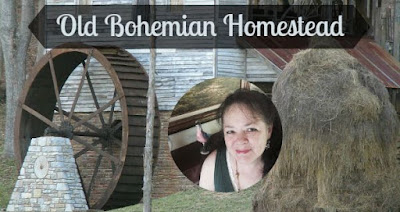 Bohemian by ethnicity and mindset, Janalyn is an eclectic artist who creates in multiple disciplines. (she also draws, sings, writes poetry, and toys with a camera.) Janalyn is represented by Sarah Joy Freese of Wordserve Literary. Her memberships include ACFW and NCWA. When she's not writing, she loves to discover worlds of adventure in the great outdoors with her family.