Holiday Food: From the Middle Ages to Your Christmas Table

I smile as I type this post today, because it is with great fondness that I look back on some of my childhood memories.

When I was young, maybe six or seven, we gathered around the table on Christmas Eve to eat lamb and fruitcake and Yorkshire pudding, I hardly realized one day I’d be write books set near the Regency Period of British history, nor did I realize that I'd one day be writing novels about Cornish immigrants to the the United States in the late 1800s. So there I was, a young child scrunching up my nose at funny shaped golden blobs that didn’t resemble pudding at all but were called pudding, grumbling that the lamb tasted funny, and complaining that the fruitcake didn’t look much like cake. But my English grandmother beamed throughout the entire meal, telling us how she used to eat these foods every Christmas when she was growing up. 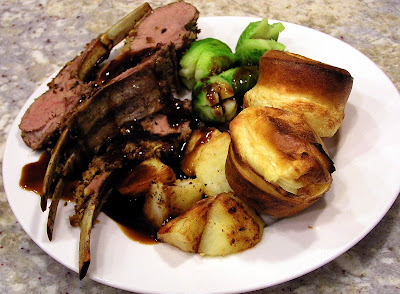 During Regency days, goose, venison and beef would have been the prevalent meat at Christmas feasts, not lamb. Yorkshire pudding was a common food for the lower classes, and wouldn’t have been served in aristocratic households. Gingerbread has a tradition dating back to the Middle Ages and was brought from the Middle East by a monk. (For more information on the history of gingerbread, checkout my post from last year.) And eggnog is well over 300 years old, though that drink may well date back to the Middle Ages also.

In America during the 1880s, turkey, quail, and venison were all common Christmas fare, and depending on the region of the country where you lived, oysters, clams, and other seafood might be served as well. Much like the English brought Yorkshire pudding, eggnog, and fruitcake across the Atlantic to our modern Christmas tables, German immigrants brought apple sausage, sauerkraut, and potato dumplings, and list of traditional Christmas food kept growing as more people from other cultures brought their own special recipes. (Baklava, anyone? You can thank the Ottoman Empire for that delicious desert.) 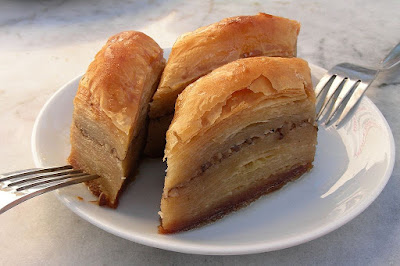 I'm curious about your family and the food you eat for Christmas. Does it reflect your heritage or is the table filled with modern American fare such as cheesy hash brown casserole and spinach artichoke dip? Do you have any favorite Christmas dishes that you remember eating as a child? What makes those dishes special to you? 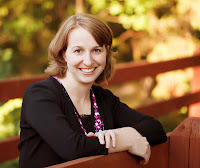 Naomi Rawlings is the author of seven historical Christian novels, including the Amazon bestselling Eagle Harbor Series. While she'd love to claim she spends her days huddled in front of her computer vigorously typing, in reality, she spends her time homeschooling, cleaning, picking up, and pretending like her house isn't in a constant state of chaos. She lives with her husband and three children in Michigan's rugged Upper Peninsula, along the southern shore of Lake Superior where they get 200 inches of snow every year, and where people still grow their own vegetables and cut down their own firewood--just like in the historical novels she writes. You can find out more about her books at www.naomirawlings.com.
Posted by Naomi Rawlings at 1:00 AM