Michele Morris here. As many of you know, I love to research, write, and read about strong, historical women.

One such woman, Sarah Josepha Buell Hale, has been called the "Godmother of Thanksgiving".

Early in her life she was motivated to do something to promote women and to advance her country and continuing her education became her ambition.

Because women were not allowed to attend college, her brother Horatio Gates Buell shared his Dartmouth textbooks with Sarah so she could further her education. By the age of eighteen, Sarah began teaching school.

After six years of independent living, Sarah married lawyer, David Hale. He encouraged her “mental pursuits” and the couple lived an idyllic life until 1822 when David died from complication of a stroke. The widow, Sarah, had five children under the age of seven to raise on her own. After much thought how best to accomplish this and also keep her independence, Sarah published her first book of poems. 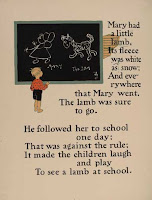 In 1830, she published her second book of poems; Poems For Our Children. This volume contained the famous American poem “Mary Had a Little Lamb”. However, it is debated if Sarah actually wrote the poem.

In 1828, a couple years before her second book of poems was published, Sarah became editor of the Ladies’ Magazine of Boston. The first magazine edited by a woman for women.

In 1837, the Ladies’ Magazine merged with the Lady’s Book, a magazine published in Philadelphia by Louis Godey. Sarah was hired as literary editor of the magazine. Eventually this magazine would become known as Godey’s Lady’s Book. Under her guidance, Godey’s would become the most widely read magazine of the 19th century and Sarah one of America’s most influential voices.

“The Governor of New Hampshire has appointed Thursday, November 25th, as the day of annual thanksgiving in that state. We hope every governor in the twenty-nine states will appoint the same day -- 25th of November -- as the day of thanksgiving! Then the whole land would rejoice at once.”

On September 28, 1863, Sarah Josepha Buell Hale wrote to President Abraham Lincoln. The preserved letter is stored with the Papers of Abraham Lincoln at the Library of Congress. In her letter she wrote:

“As the President of the United States has the power of appointments for the District of Columbia and the Territories; also for the Army and Navy and all American citizens abroad who claim protection from the U. S. Flag -- could he not, with right as well as duty, issue his proclamation for a Day of National Thanksgiving for all the above classes of persons? And would it not be fitting and patriotic for him to appeal to the Governors of all the States, inviting and commending these to unite in issuing proclamations for the last Thursday in November as the Day of Thanksgiving for the people of each State? Thus the great Union Festival of America would be established.”

On October 3, 1863, President Lincoln issued a proclamation that urged Americans to observe the last Thursday in November as a day of Thanksgiving. More than twenty years after her first editorial, Sarah had finally accomplished her goal.

Sarah Josepha Buell Hale retired from her editorial duties in 1877 at the age of 89. She died in her home on April 30, 1879 and is buried in Laurel Hill Cemetery in Philadelphia, Pennsylvania.

Thank you for stopping in to visit today. I hope you are as inspired by Sarah's life as I am.

I wish you a very happy Thanksgiving Day and a safe and blessed Christmas season.

Michele Morris has always had a love for the written word. She fully expects that someday her family will hold a book-hoarding intervention in her honor.
Her love for historical fiction began many years ago, when as a child, Michele could often be found hiding under the bedcovers, late at night, with a book and flashlight. She has since graduated to a tablet, but nevertheless, a good book can keep her up until the early morning hours.
Michele writes Historical Romantic Suspense and is working on her third novel titled, The Manhattan Solution.