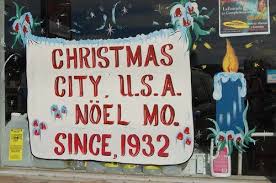 In the 1930's, Noel's postmaster proposed the idea of sending cards and letters through Noel for the "Christmas City" postmark. The practice caught on, and widened in international proportions by the late 1940's. Kate Smith, a popular radio and television singer, learned of Noel through correspondence with members of local civic groups, and began telling the "Noel Story" each year at Christmas time on her broadcast. As a result, during the 40's and 50's, during the pre-Christmas days more than a half million pieces of mail arrived in bundles at the local post office from all fifty states, Canada and Mexico. Below are postmarks actually used by Noel.

While I could not find actual information on how the stamps were actually chosen, I thought it might be fun to fashion a contest and have not one, but three romances develop, focusing on Lilly and Calvin. Both needing love, yet afraid of giving away a part of themselves. My Christmas novella Christmas Stamp was born.

I hope you have as much fun reading A Christmas Stamp as I did writing it. 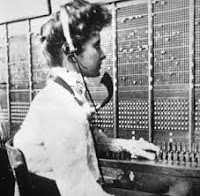 Lilly Tipton has her first job as a telephonist in the picturesque town of Noel, Missouri. When she is injured riding her bicycle home from her job, she finds herself thrust into judging a contest to find a postmark that represents her little town. Not a difficult task other than the fact she must work with the very man who almost ran her over...the handsome mail carrier, Calvin Monroe.

After the death of his father and brother, and an injury obtained during his short time as a college football player, Calvin has no other plans than to work at his job and care for his mourning mother. When he literally runs into the lovely new telephonist, he knows all his future plans are changed. What he thought important turns out not to be. To read, click here.

Multi-published and Amazon Best-Selling author Cynthia Hickey had three cozy mysteries and two novellas published through Barbour Publishing. Her first mystery, Fudge-Laced Felonies, won first place in the inspirational category of the Great Expectations contest in 2007. Her third cozy, Chocolate-Covered Crime, received a four-star review from Romantic Times. All three cozies have been re-released as ebooks through the MacGregor Literary Agency, along with a new cozy series, all of which stay in the top 50 of Amazon’s ebooks for their genre. She had several historical romances release in 2013, 2014, 2015 through Harlequin’s Heartsong Presents, and has sold half a million copies of her works. She has taught a Continuing Education class at the 2015 American Christian Fiction Writers conference. She is active on FB, twitter, and Goodreads, and is a contributor to Cozy Mystery Magazone blog and Suspense Sisters blog. Her and her husband run the small press, Forget Me Not Romances, which includes some of the CBA’s well-known authors. She lives in Arizona with her husband, one of their seven children, two dogs and one cat. She has seven grandchildren who keep her busy and tell everyone they know that “Nana is a writer”. Visit her website at www.cynthiahickey.com