John Wilmot, 2nd Earl of Rochester (1647-1680), probably never dreamed he'd be an example of the type of hero so many romance writers would later invent for their novels: The bad boy who truly turns good--all, of course, for love. But he is.

The love that reformed him was not woman's love, neither man's, but God's. Sound boring? His story is anything but.

To begin with, rest assured that Wilmot was a really, truly bad boy.

He was a scholar at an early age, and a wit (an attribute much lost in today's world, but which was highly prized in the past). To have a wit among one's circle meant amusement, entertainment. Today, we look for such among the shows we watch on television, in movies and other venues. The stand up comic, for instance, is a modern manifestation of the medieval "fool,"a jester, or wit. Wilmot was so effective at inserting bon mots into conversation, at being amusing, that he was a court favorite of King Charles II.

But he used his sharp brain and talents for unfortunate endeavors. For instance, as a talented poet he might have written many beautiful poems. Instead, he chose to write dark, bawdy scenes and lewd rhymes which were so wicked that before he died he went on a rampage of righteous anger and tried to burn them all up. He didn't want his legacy to reveal what he'd spent his short, tragic life on: Sin, primarily sexual sin. 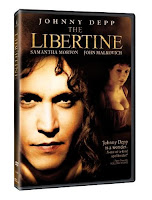 (In fairness, he is today considered one of the best English satirists of his day, but his works were largely censored up through the Victorian era. Much of what was burned were drawings.)

He was known during his life as a famous libertine, much given to debauchery. When not at court, he frequented London brothels and taverns, spending some little time with his lovely wife at their country estate.   He lived for pleasure, primarily of the fleshly sort. He drank excessively. ( The Libertine, starring Johnny Depp, shows this well. It includes, however, a mostly fabricated romance with an actress--a detraction, in my opinion. Also, the director, striving to portray the dark existence Wilmot led, gives the flick an unfortunately gloomy atmosphere.)


He lived only to the age of  33, dying, not remarkably, of venereal disease and alcoholism. But he lay abed for some time before he died, which is where his story takes a stark twist.

His mother's friend, Gilbert Burnet, later Bishop of Salisbury, visited Lord Rochester during his last days. Wilmot apparently then renounced libertinism and ordered the burning of much of his work. By some accounts, he was quite distraught at what he was leaving behind. Others have questioned the conversion, since it was Burnet's own writings that first made it public.


One of Wilmot's exploits was that he actually abducted Elizabeth Malet, the woman he wanted to marry. She was a young and beautiful heiress, far wealthier than he, and her family had forbidden the marriage. Conspiring with his mother, he arranged an abduction--and thereby eventually won his bride. (He spent a stint in the Tower of London for the abduction, but later Miss Malet eloped with him, defying her parents.) It is, certainly, the stuff of a romance novel. 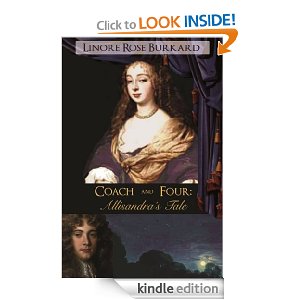 Despite his many failings in life, I cannot but be attracted to the character of this intelligent but doomed Earl. I put him, in fact, into a short story, almost a novelette,  "Coach and Four," (under the guise of "Earl of Dorchester").  The story is fiction, but the character of Rochester fit well into the scheme, and if the title "Coach and Four" hints at that abduction story...well, the romantic possibilities were too tempting to pass up as story fodder for this romance author! (I hope eventually to complete a full novel of this story, which at present is about 1/3 complete.)

Coach and Four: Allisandra's Tale
Can conspiracy and betrayal lead to unexpected love?
Nineteen year-old Lady Allisandra is a ward of King Charles II.  Mysteriously ordered from court to stay with her old friend the Duchess of Langley, Allisandra finds herself trapped inside a coach-and-four with the notorious rake Lord Dorchester. Has the duchess betrayed her? Perhaps, but things are not as they appear, and whether it is Her Grace, the infamous Earl of Dorchester or the king himself bent on evil, only time will tell. In the meantime, how does a virtuous young woman handle first a highwayman, then a debauched earl? Find out in this rousing tale of the late 1600s in England!

Available for only .99 cents! 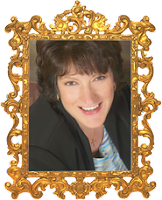 Linore Rose Burkard is best known for historical romance novels with Harvest House Publishers, and now writes YA/Suspense as L.R.Burkard. Linore teaches workshops for writers with Greater Harvest Workshops in Ohio, is a mother of five, and still homeschools her youngest daughter—preferably with coffee in one hand,  iPad in the other, and her feet up. Keep up with Linore by subscribing at either of her websites. (Click on her name, above.)
Posted by Linore Rose Burkard, Novelist at 1:00 AM