A Woman Invented That!

For centuries, our lives have been changed by inventions. Progress – the advance of human society and industry toward a greater standard of living – would not have happened without someone deciding to improve upon the status quo. Instead of accepting things the way they were, these people created improvements to make life and work easier and more efficient.
Most of what we accept as commonplace in our day-to-day lives was invented by someone whose name we don’t know or remember.

Here are a few you might wish you could thank.

Nancy Johnson gets the credit for inventing the ice cream maker in 1843, a design still in use today.

Josephine Cochrane invented the dishwasher in 1887, then marketed her machine to hotel owners. 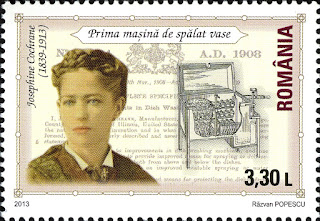 Margaret Wilcox, a mechanical engineer, invented the first car heater in 1893. In addition, she invented a combined clothes and dishwasher machine.

Maria Beasley was one of the few women who became wealthy from her inventions. Between 1878 and 1898, she received at least fifteen patents. Her first patent for a barrel-making machine made her fortune. In those days, wooden barrels were in high demand, used for food preservation and wine making. Beasley earned almost twenty thousand dollars a year from her invention in a time when the few women who did work earned an average of three dollars a day.
Maria also invented a foot warmer, a steam generator and an anti-derailment device for trains. But of all of her inventions, it’s the life raft she invented in 1882 that stands out as her greatest contribution to saving lives.

Mary Anderson invented the windshield wiper in the year 1903. Her goal was to improve driver vision during stormy weather, cleaning both water and snow off the windshield.


Elizabeth Magie (1866-1948) was a stenographer, a short story and poetry writer, newspaper reporter, comedian, stage actress, feminist, and engineer. In 1904, she received the patent for The Landlord's Game, designed to demonstrate the bad effects that land monopolies had on the economy and the use of land value tax as a remedy. Magie invented other games which Parker Brothers bought before they purchased The Landlord’s Game which eventually became known as Monopoly.

Dr. Maria Telkes – invented solar heating for residential housing in 1947. Another important invention of Dr. Telkes was a solar distiller capable of vaporizing seawater and recondensing it into drinkable water. She also helped develop material capable of enduring the temperature extremes of outer space.


Hedy Lamarr was known as a world-famous film star, but during World War II, she helped invent a secret communications system for radio-controlling torpedoes. This wireless transmission technology paved the way for Wi-Fi and GPS.

Dr. Grace Murray Hopper was a computer scientist that invented COBOL the first user-friendly business computer software system in the 1940’s.  She was also a rear admiral in the U.S. Navy and the first person to use the term “bug” in reference to a glitch in a computer system when she literally found a bug (moth) causing problems with her computer.

Stephanie Kwolek invented life-saving Kevlar in 1965, a material that is five times stronger than steel used to make bulletproof vests. 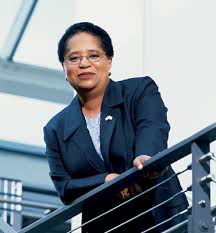 Dr. Shirley Jackson - Some of the today's most important telecommunication technology was developed by this American physicist and includes portable fax, touch tone telephone, solar cells, fiber optic cables, and the technology behind caller ID and call waiting.


Did you know about these ladies? Were you surprised?  What would you invent if you could? 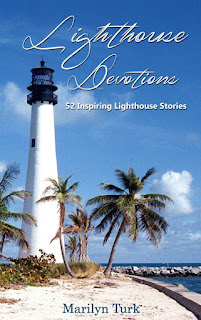 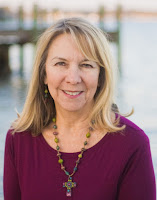 A multi-published author, Marilyn Turk writes historical fiction about and lives in the coastal South. Her fascination for lighthouses spawned her popular weekly lighthouse blog @ http://pathwayheart.com, and inspired her Lighthouse Devotions – 52 Inspiring Lighthouse Stories. Her novel, A Gilded Curse, releases March 2016 from Heritage Beacon Fiction, an imprint of Lighthouse Publishing of the Carolinas.