According to legend, Abraham Lincoln greeted Harriet Beecher Stowe (a daughter of the famous Beecher Family.)

in 1862 with "So you're the little woman who wrote the book that started this great war." Whether the story is true or not, the sentiment underscores the connection between Uncle Tom's Cabin and the Civil War. The quote did not appear in print until 1896, so you can decide for yourself. 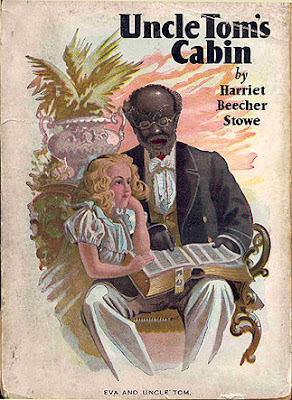 In the first year Uncle Tom's Cabin was published, 300,000 copies were sold in the United States. One million copies in Great Britain. In 1855, three years after it was published, it was called "the most popular novel of our day.”

The Compromise of 1850 is said to have sparked author Harriet Beecher Stowe’s decision to write this novel. Enacted September 18, 1850, the Fugitive Slave Act of 1850 required federal judicial officials in all states and territories, including in which slavery was prohibited, to actively assist with the return of escaped slaves to their masters. Law-enforcement officials everywhere in the United States had a duty to arrest anyone suspected of being a fugitive slave on no more evidence than a sworn testimony of ownership. 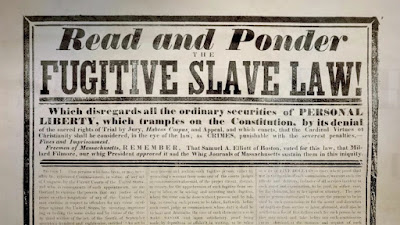 The suspected slave could not ask for a jury trial or testify on his or her own behalf. Any person aiding a runaway slave by providing food or shelter was to be subject to six months' imprisonment and a $1,000 fine. In addition to federal officials, the ordinary citizens of free states could be summoned to join a posse and be required to assist in the capture of an escaped slave.

This law made it possible that if a freedman were claimed to be an escaped slave, he or she could not resist his or her return to slavery by truthfully telling his or her own actual history. The critical and very unpopular provision was that ordinary citizens were required to aid slave catchers. Many northerners deeply resented this requirement that they personally aid and abet slavery.

I would say that the Compromise of 1850 supplied the kindling and Harriet’s book lit the fire that brought the end of slavery. Up until Uncle Tom’s Cabin, the average Northerner disapproved of slavery but did not push for its end. Now they could no longer stand on the sidelines. They had been drafted into supporting slavery. And the novel portrayed slavery with people Northerners could identify and sympathize with. And when the book was made into a popular play that toured the country, the anti-slavery sentiment cast a wider net.

America has had other books that have urged social changes. Another example is Upton Sinclair’s THE JUNGLE which portrayed an immigrant family working in the Chicago Stockyards. This book caused a public outcry about food standards and working conditions. Americans, it seems, need to see issues in the context of people and their lives in order to call for change. 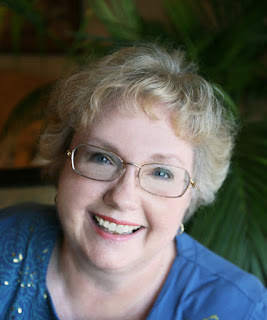 Lyn Cote is an award-winning author of over forty inspirational novels. Her latest series, “Quaker Brides,” follows a mother and her two daughters, HONOR, BLESSING and FAITH, as they work for the end of slavery from the beginning of the abolition movement in 1820 to the Civil War. FAITH has just been released this month. Connect with Lyn at www.LynCote.com or on Facebook “Lyn Cote, Author.” 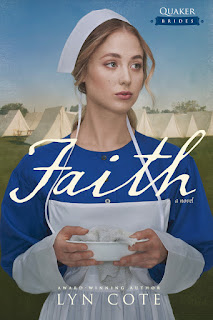