The Finger of God


My fascination with tornadoes started at an early age. From my first experience of running from a tornado in a vehicle when I was almost five on May 8th, 1986, to my experience directing storm spotters in a local civil defense department on the acclaimed May 3, 1999 when I was 17. It didn’t help when the movie Twister came out twenty years ago on May 10, 1996. It only made me want to become a meteorologist more. When a character was asked in the movie what it was like being in the tornado, the reply was, “The Finger of God.” Hence the title. It’s tradition in my house to watch the movie as we usher in the current year’s tornado season, as inaccurate as the movie is. My goal was to become a meteorologist. With poor math skills, that dream was killed by high school graduation. Although I still find myself “arm-chair storm chasing”.


There is something tantalizing, hypnotically beautiful about the dancing, swirling column of clouds tearing up landscape, eating livelihoods, and claiming lives as its own. As I sit here working on this on May 9th, the tv is on one of our local stations doing live footage of a killer tornado down in Katie, Oklahoma. A multi-vortex, counter-clockwise twister. Although the spinning, earth-eating monsters are common, the multi-vortex and counter-clockwise spin is a rare occurrence and tells of great strength and power of the tornado. But as I watch the live footage and think about past experiences, I can’t help wonder what the people of the plains a century and a half would have done.


Pictures litter the web of “oldest know photograph of a tornado”. CYCLONE NEAR WAYNOKA, OK MAY 1898. AUGUST 28, 1884, 22 MILES SOUTHWEST OF HOWARD, SOUTH DAKOTA. Some even have the same cloud formation with different landscape. OKLAHOMA CYCLONE, NO. 1 & 2 COPYRIGHT 1892 by North Losey, Oklahoma City, Okla. Are examples. I’m not debating that there wasn’t a “photoshop” trick that even photographers of that age could do with the glass frames and put different backgrounds to different landscapes. But what did the pioneers do with tornadic activity? They didn’t have storm spotters to keep them warned, or doppler radar to see a forming hook echo, or softball sized hail coming towards their farm. They didn’t have tv to inform them that the supercell mesocyclone heading straight for their home or town. No, but they did have a few things that we have today. Past experiences, they kept an eye on the skies. And dugouts. Wait, what? We don’t live in dugouts today. True, but let me explain. What were dugouts? They were holes dug out in either the ground or in the side of a hill. Sometimes they were incorporated with sod houses, structures that were made out of grass and the underlying dirt and root system. They provided excellent insulation and the dugout was a natural root cellar to keep foods stored and a storm shelter! So, in a way, the settlers of our great American West were lightyears ahead of us today.


I have a friend who is originally from Montana and now lives in Oklahoma said, “I can’t understand why homes in Tornado Alley don’t have building codes to have a storm shelter of some kind in every home. Like California has codes for earthquakes and some states in the east a certain degree of pitch in the roof for heavy snow fall.” A very good question! Why haven’t Tornado Alley homes been built with some kind of shelter in them? Then again, why aren’t any of the homes built to a universal measurement to allow a wheelchair through, or an ambulance stretcher? That’s a topic for another time. While I am a bit jealous of the natural insulation of the sod houses and dugouts, I will admit that I do not mind missing the muddy drips from the rain soaked dirt roofs, the snakes coming out of their holes in the walls. Oh! I won’t be missing a cow or horse stepping through the roof! Makes sense though. Roof is part of the pasture! 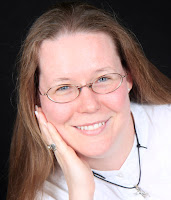 Born and raised in the Edmond, OK area, Alanna Radle Rodriguez is the great, great, granddaughter of one of the first pioneers to help settle the area around what is now Seminole, Oklahoma. The fourth generation in a line of women in her family to be born in Indian Territory/Oklahoma, she has lived in her beloved state all her life. With her knowledge of surrounding area history, her heart relishes in volunteering at the Oklahoma Territorial Schoolhouse in Edmond. She lives with her husband and parents in the Edmond area, currently working on a historical romance set in pre-statehood Waterloo, Oklahoma.
https://www.facebook.com/profile.php?id=100009278408722
https://www.pinterest.com/alannaradlerodr/
Posted by Alanna Radle Rodriguez at 12:30 AM