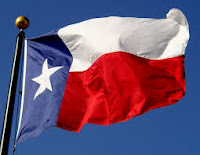 
In doing research for my Civil War novel set in Texas, I was reminded that Texas was a state divided as far as the issue of secession was concerned. But a large part of Texas was a cotton-growing and slavery state, so like her sister states of the same ilk, Texas seceded. However, because of divided opinions on the subject, Texas didn't make the move until early 1861. She was the last state to secede before the firing upon Fort Sumter. The election of Abraham Lincoln and the fear that his Republican party would abolish slavery, thus threatening traditional rights and the economy of Texas ran through the whole secession issue.


Many Texans in the 1850s believed that slavery was essential to the Texas economy and its future growth. Slavery had expanded rapidly since the annexation of Texas to the United States in 1845, especially in East Texas and along the Gulf Coast, where cotton plantations had sprung up. That was due largely to the fact that many plantation owners from the deep South had moved to Texas and settled in those areas. Cotton grown could easily reach market along the rivers and waterways pouring into the Gulf of Mexico. Slaves constituted approximately 30 per cent of the population of Texas by 1860.


However in other settled regions of Texas, the economy did not depend upon cotton and slavery, therefore, slavery was virtually absent. The economy in these regions depended on livestock, corn, and/or wheat. Thus Texas became divided on secession between those regions whose economy depended on cotton and slavery and those whose economy did not. (See map.) Historians today still debate the secession issue in Texas looking at the timing, the population, the local needs, political parties, Unionists such as Sam Houston, and running through entire debate was the slavery issue. Sam Houston was adamantly opposed to Texas seceding and aligning with the Confederate
States. In fact, he was run out of town, here in Waco, after making a speech on the courthouse steps to that effect. It eventually cost him his governorship. Secession could not be stopped, however, no matter how hard Sam Houston tried. The public pressure simply became too great to halt the secessionist movement in Texas and became an exceptionally volatile issue. Pressure to call a convention to vote to secede began in October of 1960 when it appeared Lincoln was going to be elected President. But Governor Houston refused to convene hoping the highly charged emotions would cool down with time. But the flames simply grew, and in December of 1860 the chief justice of the Texas Supreme Court took the law in his own hands and called for a convention in January to vote to secede. 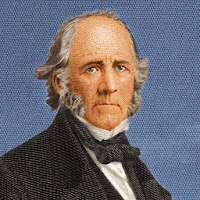 With a touch of irony, the state voted to secede on March 2, Texas Independence Day. All state officials were required to take an oath of loyalty to the Confederacy, which Sam Houston refused to do. Thus ended the long and illustrious political career of Sam Houston. And Texas entered into a losing bloody conflict which would devastate the country.

Texas was "fortunate" in that very little actual fighting took place on Texas soil. Although Texas soldiers gained a reputation for their fierce fighting abilities, particularly a group which became known as Terry's Texas Rangers (not affiliated with the law enforcement group). And one of the only towns occupied by Union troops was a small town on the Gulf Coast, Indianola, which was destroyed in a hurricane in the 1880s. It is the setting for my Civil War book, His Steadfast Love.


Have you ever visited any of the Civil War sites in Texas--Camp Ford in Tyler, Palmito Ranch, where the last battle of the war was fought, or perhaps Jefferson, Texas? Tell us about them or a visit to any Civil War site, for a chance to win a copy of my Civil War novel set in Texas, His Steadfast Love.

A multi-published fiction author, Golden Keyes Parsons and her husband, Blaine, live in Waco, TX. Her series, Darkness to Light, (Thomas Nelson) was a finalist for ACFW’s Debut Author of the Year in 2008. Her fourth novel, His Steadfast Love, a Civil War novel, was a National Readers Choice finalist. Parsons has also written a biblical fiction series entitled Hidden Faces, Portraits of Nameless Women in the Gospels (WhiteFire Publishing). www.goldenkeyesparsons.com.
Posted by Unknown at 2:00 AM