It's time for another stop on our tour of the mansions of old along the shores of Geneva Lake in Wisconsin. So many beautiful 19th century homes were built on the shoreline, many of which were either destroyed by fire or have been victims of “teardowns." Situated only a couple hours train ride from Chicago, most of the homes were vacation homes for the movers and shakers of the city during the late 19th and early 20th Centuries. And even today, you will recognize many family names from the list of current owners.

While I was growing up in the town of Lake Geneva, I never heard of E.B. Meatyard, although he was a very influential man during his time. Also known as Major Meatyard, a designation that harkened back to his serving in the Civil War with the 27th Illinois unit, Meatyard aggressively bought available land, up to approximately 730 acres. One plot included property along Geneva Lake’s south shore up to Cedar Point, and running north of the lake, across what became known as Highway 50, to a much smaller body of water called Lake Como. He also purchased 240 acres near Walworth, WI, which is located a few miles off shore at the west end of the lake. Meatyard also held land in Shipman, Illinois where a large mine was located.

E.B. Meatyard was mostly known for being an inventor of sorts, holding many patents on ideas for improving the design of railroad cars. His interest in railroading carried over to his being instrumental in getting the train track that ran from Chicago to Lake Geneva, five miles to the east, extended to Williams Bay, the small village located on the bay of the same name. With the train depot located directly across the road from the lake, the inlet provided a perfect location for the lakeshore residents to meet their private yachts after deboarding the train from Chicago. In the postcard pictured here, Meatyard's property included most of the land on the east shore of the bay, which is in the background. That land today is Cedar Point Park subdivision. 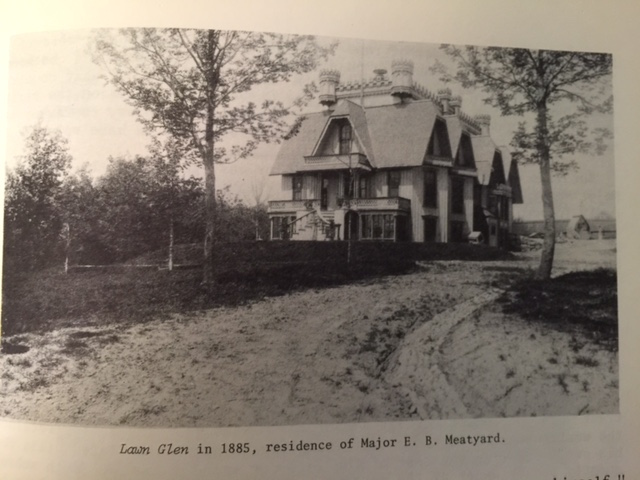 Meatyard's home design was unique thanks to its castle-like “topper” on the roof, which earned it the term “castellated villa.” The descriptive term was well known in the 19th century because many large homes were being built to look like castles. However, Meatyard preferred the more refined title of Lawn Glen for his dream home. In the picture, you can see how a castle-like design was applied to the top floor, while the rest of the home appears to be of a more traditional design. Stories also circulated that a moat circled the home, but in this picture there doesn’t appear to be one.

Sadly, his days of enjoying the fruits of his labors didn't last. His Shipman IL mines never made a profit and before long, they were closed down. Meatyard was forced into bankruptcy and his Wisconsin properties were sold off to pay the mine's bills. He died penniless within a year. 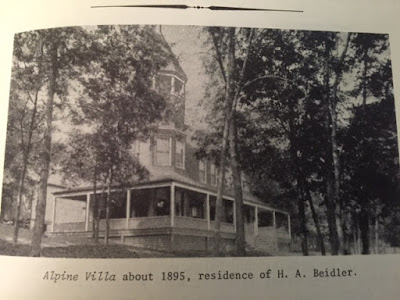 The expansive property was then divided up between several purchasers. The purchaser Meatyard's Lawn Glen didn’t share the same taste in home design with Meatyard and built his own residence on the western end of the property, calling it Alpine Villa. He assigned the “castle” to his property superintendent. The “castle” burned down two years later and it isn't known where the employee lived after that.

Some years later, the the plots of land that once made up the entire Meatyard estate were once again brought back together to form the Cedar Point Park subdivision that occupies the whole eastern shore of Williams Bay. It remains today a very desirable place to live with homes that are individual and updated, some directly on the lake and others sharing a green space that opens out to the lakeshore.

If you take one of the excursion boat tours you will hear the announcer mention a home once owned by the Schwinn family (think bicycles). Along with the name Cedar Point Park, you can enjoy knowing about the original owner of the property who once built a castellated villa there. And maybe it really did have a moat. After all, a story has been handed down that while excavating for a new building on the property an old foundation was uncovered that appeared to have a moat around it.

Have you ever seen a castellated home? 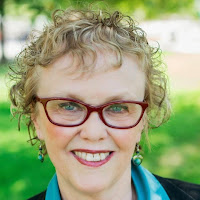 A native of Lake Geneva, Wisconsin, author Pamela S. Meyers lives in suburban Chicago with her two rescue cats. Her novels include Thyme for Love, which has recently been rereleased on Amazon and her 1933 historical romance, Love Finds You in Lake Geneva, Wisconsin. Her newest novel, Second Chance Love, is scheduled to release January 2017. When she isn’t at her laptop writing her latest novel, she can often be found nosing around Wisconsin and other Midwestern spots for new story ideas.