Giveway of non-fiction book Finding Sarah Finding Me. To enter draw for the Ebook Version of this book, simple comment below and please spell out your email address in the comment. I will draw the winner on Sun., September 17. 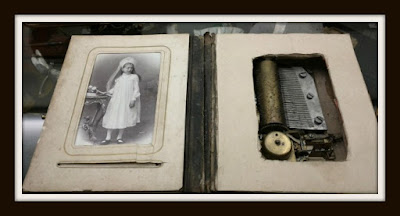 Adoption as we know it today is vastly different than what transpired over the centuries. Children have been relinquished to become someone else’s child from the beginning of time for good reasons and for criminal reasons. We have only to think of those who stole children in the name of adoption to make us shudder—names like Georgia Tann, an American child trafficker who operated the adoption agency, the Tennessee Children's Home, or the Orphan Train Movement as discussed in recent posts.

Not only is the face of adoption different though, but the reunions of adoptees and their natural parents has become a recent historical phenomenon.

Adoption Reunion was something that touched my life in a personal way, being a birth-mother. When I first relinquished my child to adoption in 1979, I assumed that the secrecy surrounding adoption had been established far longer than it had. I also accepted wholeheartedly that the sealing of files to protect all those within the adoption triad was the right thing to do. Only when I began the search for my daughter 20 years later did I come to know that the sealing of adoption records was as recent as the Minnesota Adoption Law of 1917. From then on, closed adoption files for most states became the norm as recent as between the two World Wars.

Sealed files were readily accepted with the hopes of decreasing the stigma of illegitimacy. By mid-century, closed adoptions were accepted as best for all

concerned. If an adoptee wished to search out their biological parentage they were thought of as maladjusted. If the adoption was successful, then the adoptee should have no desire to search for his/her natural lineage. It was considered physiologically unnecessary for the adoptee to want to be reunited with their birth-family.

The Civil Rights Movement in the ‘60’s and ‘70’s and the acceptance of finding our “roots” pushed out more than one type of inequality. This movement paved the way for adoptees to search out their biological lineage, and in addition for birth-families to show their desire to be reunited with the relinquished child.

The opening of files, allowing individuals within the adoption triad has helped promote honesty. Questions were answered, such as “Did my birth-mother 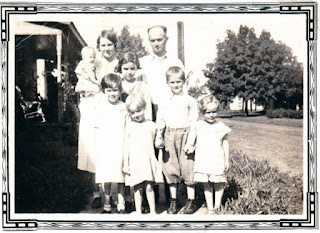 abandon me”, Who is my real mother or father, those who adopted me, or those who relinquished me?, “Is blood really thicker than water? And reams of other questions.

However, this recent phenomenon, Adoption Reunion, is as different as the individuals involved. With the promotion of honesty, many reunited individuals find the answers to their questions painful.

Further, just as the issue of adoption over the centuries has been good as something issued from heaven versus the horrors of child theft and orphan trains, so too is reunion as vastly different as the individuals involved.


Though the practice of sealed adoption files is as historical recent as the early 20th century, and that those practices began to decline by the middle of that century, the thinking continues to be well set even now in the early part of the 21st century. It will take a generation or two for the pain brought on by closed adoption files to disappear.

Because even today, adoptees still struggle with not wanting to hurt their adopted parents by their desire to search out their birth-mother or birth-family.

There is still a stigma around adoption, but it is no longer the stigma of being considered illegitimate. Today’s stigma for the adoptee seems to be the fear of being maladjusted to their adoption if they wish to know their roots.

Thank God though, this is not the case for all Adoption Reunions today. Even those who did not have pleasant reunions, to have their questions answered did bring psychologically healing. Even better though, many reunions ushered open the doors for the extension of family to include the adoptive loved ones and the newly discovered birth family.
This is not an easy subject for those of us touched by adoption, and that is why I wrote my non-fiction book Finding Sarah Finding Me that takes an honest look at reunion from a variety of adoptions. To search or not to search is a big question, and one that everyone in the adoption triad should look at carefully.

Back of the Book for: Finding Sarah Finding Me: 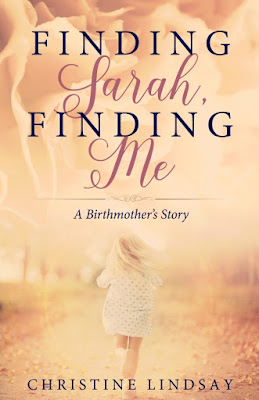 Sometimes it is only through giving up our hearts that we learn to trust the Lord.

complex emotional and psychological truth, who always promises a happy ending. Tales of her Irish ancestors who served in the British Cavalry in Colonial India inspired her multi-award-winning series Twilight of the British Raj, Book 1 Shadowed in Silk, Book 2 Captured by Moonlight, and explosive finale Veiled at Midnight.

Christine’s Irish wit and use of setting as a character is evident in her contemporary and historical romances Londonderry Dreaming and Sofi’s Bridge.

A busy writer and speaker, Christine, and her husband live on the west coast of Canada. Coming August 2016 is the release of her non-fiction book Finding

Sarah—Finding Me: A Birthmother’s Story.