Does your state have a lieutenant governor? And what does he do, anyway?


Not all states have this office, and those that do place him in office by different methods. The duties of the lieutenant governor also vary from state to state. So what’s he there for?

The usual case is that if the governor is unable to carry out his duties, the lieutenant governor is the man—or woman, as in the case of my adopted state of Kentucky—who will take over that job.

Five states do not have a lieutenant governor, including my home state of Maine. The others are New Hampshire, Arizona, Oregon, and Wyoming.

So, if the governor dies or is otherwise put out of commission in one of those states, who’s in charge? In Maine and New Hampshire, that honor falls to the presiding officer of the State Senate. In the other three (Arizona, Oregon, and Wyoming) the Secretary of State would become governor. 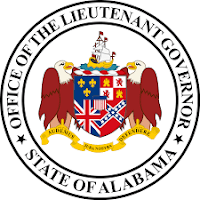 Okay, so what about the forty-five states that do have lieutenant governors? How does he get that office? 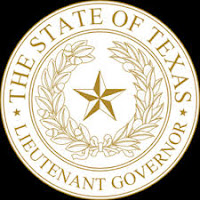 There are currently 36 Republicans and 14 Democrats serving as lieutenant governor or serving as the first in the line of succession. All but a handful of states have had female lieutenant governors. The salary for this position ranges from under $10,000 in Texas to more than $160,000 in Pennsylvania.
A joke usually ascribed to “political insiders,” says that the lieutenant governor’s typical day consists of: "get up, read the paper, see if the governor is dead, if not, go back to sleep." But some of them
actually work hard! 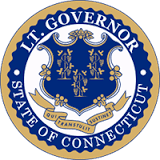 What about your state? Do you have a lieutenant governor? Do you know who he or she is and what their job requires? 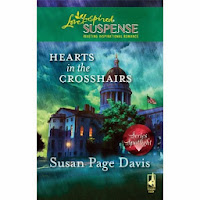 Do you like romantic suspense? In Hearts in the Crosshairs, I created a female governor for Maine, another thing that state has never had. And she’s dodging bullets. Enter a drawing to win a copy by commenting here today. The winner can choose a paperback or E-book. 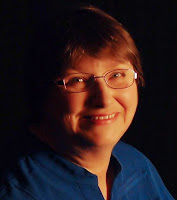 Susan Page Davis is the author of more than sixty published novels. She’s always interested in the unusual happenings of the past. Her newest books include Mountain Christmas Brides, River Rest, Tearoom for Two, and Sleight of Hand. She’s a two-time winner of the Inspirational Readers’ Choice Award, and also a winner of the Carol Award and the Will Rogers Medallion, and a finalist in the WILLA Literary Awards and the More Than Magic Contest. Visit her website at: www.susanpagedavis.com .