In my upcoming release, “Requilted with Love,” in The Blue Ribbon Brides Collection from Barbour (November, 2016), my hero is an inventor/engineer/balloonist. He’s got a gig to do balloon rides at the 1889 Michigan State Fair. Set in Lansing, the fair is touted as the beginning to the new state fair resident fairgrounds. Michiganders were hoping to put an end to their nomadic ways of changing cities in Michigan, almost yearly, for the state fair.

As I began researching for Grant Bentley, my hero, I ordered a compendium on the history of balloonists. Lighter Than Air: An Illustrated History of the Development of Hot Air Balloons and Airships by David Owen was a lovely book. But there were very few references to balloonists from the late 1800s and very early 1900s I found that odd. About that time we had to make an unexpected trip to Florida, about a thousand miles from where we live. So on the way to and from we did extensive online research. My husband had refused my request to go up in a balloon as “research” citing safety concerns. When I checked on his modern-day hesitations, I found he did indeed have some reason to not agree. We spoke with friends who’d gone up in a hot air balloon and they described it well, but in my research I learned that during the late 1800’s hot air balloons were very dangerous. Even cold-filled or gas balloons, they had their difficulties (which I will address later). 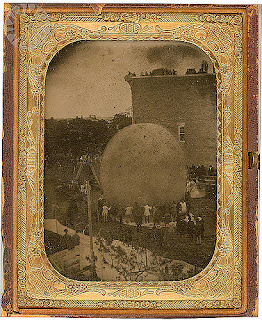 A tremendous number of balloonists (who were also referred to as professors and aeronauts) perished during the time period of my story. Over three quarters of the articles we found indicated that deaths occurred from a number of common and not so common incidents. Balloonists at the turn of the century were engaging in more and more spectacular demonstrations, e.g., parachuting out of the balloon! And not just the aeronauts were injured, but inexperienced ground crews who couldn’t control the ropes as the balloon was ascending were also frequently injured. 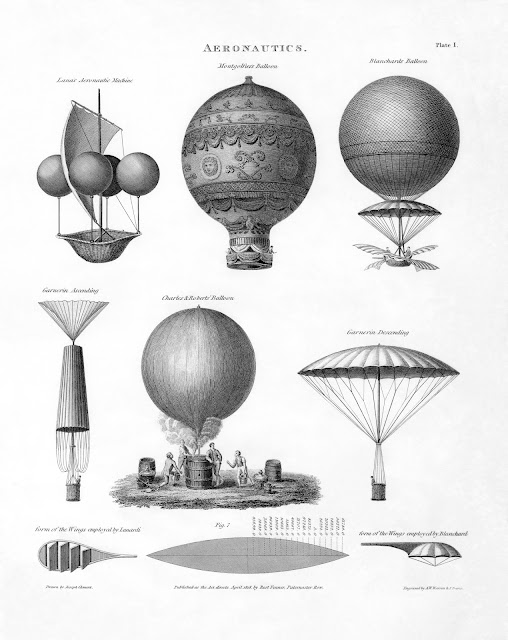 Three types of balloons are: coal gas (less common but more stable for a climate such as Michigan’s), hydrogen (very flammable), and heated air. Note: Helium came after this time. So obviously with hydrogen, there is greater risk, and with heated air, there is also a risk of fire or burns. Even in my story, however, with coal gas, ballooning is a tricky operation.

To ascend, sand ballast had to be tossed off. To descend, the balloon’s upper flap was opened, releasing air. However, because there was no longer ballast to weigh it down, nor air to ascend, the wind shifts were an ever present danger. Some balloonists utilized a drag rope. One of the research stories I read was of a farmer, in the fields, seeing an aeronaut waving wildly as he was headed toward the trees on descent. The farmer and his helpers ran after him and grabbed the ropes before the balloon crashed. Sadly, many were not rescued. In account after account, particularly among the showman types of balloonists, death resulted. Sometimes they disappeared and were presumed dead. I imagine Wizard of Oz was inspired by some of these stories.

Balloons were very expensive. They had to be recovered, if possible. The types of people engaged in this activity ranged from the serious men, like my hero, who were inventors and engineers, to artists using balloon aerial views to take pictures as well as businessmen doing the same, and more circus-type performers who engaged in one ridiculous stunt after another from a balloon. Common folks did get access at times, including couples being married in the air. People dreamed of the day when air flight to get places would be a real possibility. Unfortunately, the dirigibles after this time did not result in a safe option to do so. Remember the Hindenburg!

I'm giving away one of my books--winner's choice--to one lucky commenter. (USA only)


Carrie Fancett Pagels is a multi-published, award-winning author of Christian historical romance. Twenty-five years as a psychologist didn't "cure" her overactive imagination! She resides with her family in the Historic Triangle of Virginia, which is perfect for her love of history. Carrie loves to read, bake, bead, and travel – but not all at the same time! 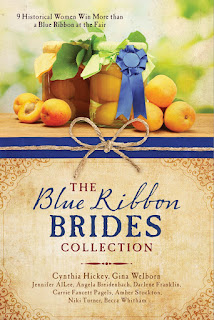 Meet nine men and women whose competitive goals take them to state and county fairs between 1889 and 1930. From baking pie to polishing pigs, from sculpting butter to stitching quilts, everyone has something to prove to themselves and their communities. But in going for the blue ribbon, will nine women miss the greatest prize of all—the devoted heart of a godly man?