The Prayers of Jane Austen 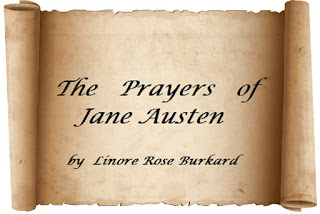 It will, I believe, be everywhere found, that as the clergy are, or are not what they ought to be, so are the rest of the nation.

Before we get to Jane’s prayers, a few words about the society of her day might be helpful. England during her lifetime (1775-1817) was

considered a Christian nation.  That is, unlike today, it
was understood that most people had a working knowledge of the Anglican faith. It was the government-sanctioned religion, and mainstream.

Not all people were religious, of course, or approved of Anglican-inspired moral codes. For example, the talented French painter and friend of Marie Antoinette, Elisabeth-Louise Vigée LeBrun said of London that,

Sunday in London is as dismal as the climate. Not a
shop is open; there are no plays, nor balls, nor
concerts. Universal silence reigns, and as on that
day no one is allowed to work nor even to play music
without incurring the risk of having his windows broken
by the populace, there is no resource for killing time
but the public walks. These, indeed, are very well
frequented.*

Notice the sulkiness in her tone. She goes on to describe these walks with outright disdain:


The women walk together on one side, all dressed in
white; they are so taciturn, and so perfectly placid,
that they might be taken for perambulating ghosts.
The men hold aloof from them, and behave just as
solemnly. I have sometimes come upon a couple, and
have amused myself, if I happened to follow them
awhile, by watching whether they would speak to each
other. I never saw any who did.*

Mme. LeBrun is evidently referring to a distinct style of walking, called promenading, which sounds so proper it is likely to conjure visions of stern Victorian dames. But this is shortly before the Regency! In other words, this is the same society that is famous for its upper class scandals and unquenchable thirst for enjoyment.

Jane herself greatly enjoyed walking, as she mentions walking out on many occasions. Even the silence would have suited her, though not if it were prolonged. She loved good conversation as much as strolling. On one occasion she said in a letter that someone had

Talked sense to me every now & then in the intervals of his more animated fooleries with Miss Bendish…There was a monstrous deal of stupid quizzing, & commonplace nonsense talked, but scarcely any wit:–all that border’d on it, or on sense came from my Cousin George, whom altogether I like very well.

Jane was not given, it seems, to “stupid quizzing and commonplace nonsense.” She was far more interested in broadening her mind with real and exciting talk that might lead to new opinions and ideas.

The prayers that follow are reminders of the earnest and sober sides of her nature. She is honest and real when she addresses God, and yet more pious sounding than most of our prayers today. This was due to the nature of her Anglican upbringing. Indeed, her sentences evoke the cadences of the BCP (Book of Common Prayer, 1662) which shows a great familiarity with it. (Her father was a clergyman; she was therefore well acquainted with the language of the Church.)

Jane did not only write the three formal prayers following, but most likely read them aloud in the evening, as the family sat together near the fire. At the end of each prayer comes “The Lord’s Prayer,” which would have been recited communally in unison, or repeated by the listeners after the reader.

Besides her father, the Rev. George Austen, Jane had two brothers who were clergymen, the Rev. James Austen, her eldest brother; and the Rev. Henry Austen, her fourth brother. She was also cousin to four clergymen, and the profession is represented in each of her novels. There can be no doubt whatsoever that she was intimately familiar with the ways of the church, and with private devotions, both alone and with her family.

Give Us Grace, Almighty Father (On Each Return of the Night)
Give us grace, Almighty Father, so to pray, as to deserve to be heard,
to address thee with our Hearts, as with our lips. Thou art every where present, from Thee no secret can be hid.
May the knowledge of this, teach us to fix our Thoughts on Thee,
with Reverence and Devotion that we pray not in vain...
(To see the full prayer, download my illustrated free PDF, "The Prayers of Jane Austen.")


I love the humility in the next prayer.

Almighty God! Look Down with Mercy
Almighty God!
Look down with mercy on thy servants here assembled
and accept the petitions now offered up unto thee.
Pardon oh! God the offences of the past day.
We are conscious of many frailties; we remember with shame and contrition, many evil thoughts and neglected duties;  and we have perhaps sinned against thee and against our fellow-creatures in many instances of which  we have no remembrance. Pardon oh God!..
(Download "The Prayers of Jane Austen" to read the full prayer.) 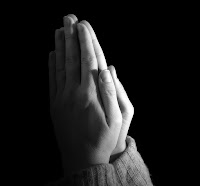 A prayer of thanks for safety follows:

Father of Heaven!  (Another Day is Now Gone)
Father of Heaven! whose goodness has brought us in safety
to the close of this day,
dispose our hearts in fervent prayer. Another day is now gone, and added to those,
for which we were before accountable.  Teach us almighty father, to consider this solemn truth, as we should do,  that we may feel the importance of every day,  and every hour as it passes, and earnestly strive to make a better use of what thy goodness may yet bestow on us,
than we have done of the time past...

(Download "The Prayers of Jane Austen, an illustrated free PDF, to read the prayers in full.)

A short aside: I once mentioned on a regency forum that I looked forward to meeting Jane in heaven. One woman asked how I would find her, which amused me. (I don't expect that to be a problem. And I think it's a good thing we have all eternity because there are so many people we'll want to speak to!)

Did you enjoy Jane's prayers? Who do you most want to see in heaven besides loved ones?

Linore Rose Burkard was raised in NY in a family of ten. She left home at 19 and worked her way through college, graduating from the City University of NY (Queens College) with a magna cum laude degree in English Literature. She is best known for historical romance novels with Harvest House Publishers, and now writes YA/Suspense as L.R.Burkard ("So readers will know at a glance what kind of book to expect."). Linore teaches workshops for writers  in Ohio, is a mother of five, and still homeschools her youngest daughter—preferably with coffee in one hand, and an  iPad in the other. Join Linore's mailing list to be automatically entered in monthly drawings for free books!


Posted by Linore Rose Burkard, Novelist at 1:00 AM