Women Outlaws of the Old West

My recently republished book, Outlaw Angel (first published as Love Finds You in Sundance, Wyoming) has been optioned as a movie. No, that doesn't mean it WILL happen, but there's a chance. So in celebration, and since the heroine of the book was raised in an outlaw camp and took part in rustling cattle, I'm featuring women who were actual outlaws in the Old West. You may recognize 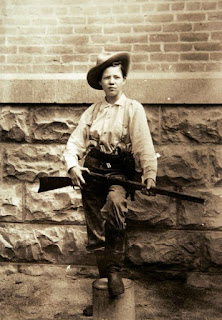 one or two and not others, but I had fun researching and learning about these unorthodox women.

First is Pearl Hart, a Canadian born in 1871.
At the age of 17, she eloped to Chicago with gambler Frederick Hart. However, after suffering abuse at his hands, she left him at age 22. She migrated to Arizona and met miner Joe Boot. They couldn't make enough mining so they turned to common robbery. However, when Pearl was almost caught two times after luring men into her room so Joe could whack them over the head and rob them, they gave that up and tried their hand at robbing stage coaches. Pearl cut her hair short and posed as a man, and they successfully robbed one stage before they were caught. They took $400 total from the passengers, then returned a little of the money to each person, to assure they weren't completely broke.

At her trial Hart is famous for saying this phrase, "I shall not consent to be tried under a law in which my sex had no voice in making." Unfortunately, the judge didn't care and Hart was tried and convicted anyway.

Being the second woman to rob a stage coach and the first woman not to die doing it, she instantly became the most famous woman in Arizona.

Belle Siddons was a southern belle raised on a plantation.
When the Civil War broke out, she used her good looks to work as a spy at the age of 25. She was arrested and served 4 months, then was pardoned and released. Not long after, she married a gambler who taught her to play cards. She became a dealer until her husband died, then she followed the gold rush to South Dakota. She bought a saloon and gambling establishment where she changed her name to Madame Vestal and fell in love with an outlaw/stage coach robber.

Again, she used her skill and beauty to help her husband by working as a spy, getting information from drivers about future shipments. Unfortunately for her, she talked too much one time and let it slip that she had information ahead of time. Her husband was caught and hung, and she became a wandering drunk who died in jail.

A much more well-known outlaw is Belle Starr.
She was born in 1848 and died at the young age of 41 in 1889.
Myra Maybelle Shirley started dreaming of an outlaw’s life when Jesse James’s gang hid out at her family’s farm when she was a child, and she willingly joined her first husband when he enlisted in Thomas Starr’s lawless clan. After his death, Belle married Sam Starr, the son of her first husband’s criminal partner. Known for her dead-aim, velvet riding habit, and the ostrich plume she wore in her Stetson, Starr went out true to form: shot in the back while galloping away.

Rose Dunn (1878–1955) became an outlaw after her brothers taught her to ride, rope, and shoot when she was young. 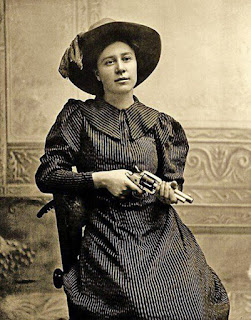 Dunn became an outlaw when she fell in love with George Newcomb, a member of the Doolin Gang. Dunn participated in the gang by providing them with ammunition and supplies when members could not go to town. When they joined George “Bittercreek” Newcomb’s band of outlaws, she quickly became the darling of the gang. She fell in love with Newcomb, and once saved him from a posse of U.S. Marshals. As he sat wounded, Dunn ran through open fire to supply him with ammunition, then held off the Marshals with shots from her rifle until he could limp to safety. Dunn’s brothers, who were bounty hunters, eventually turned Newcomb in and Dunn settled down with a politician.

Angel Ramirez has been on the run for years disguised as a boy. She wants a 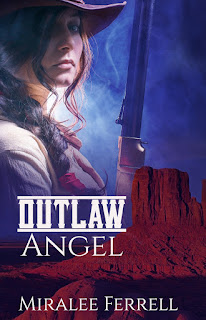 fresh start, but can she learn to live like a lady? On the run from a dangerous outlaw, Angel works her way across several states disguised as a boy and working as a varmint tracker and horse wrangler. After taking a job on a Wyoming ranch owned by a bachelor and his widowed sister, she finally reveals her true identity and must fight to prove her worth as a ranch hand while somehow discovering her role as woman.

Miralee Ferrell is a best-selling, award-winning author with 20 books in print. 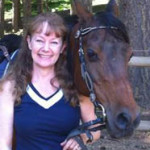 She has three more books releasing during 2017. Her primary love is writing Old West romances, but has also branched out to writing children's fiction containing horses, adventure, mystery and family values. She has a brand new children's series for ages 6-8 releasing in February in the Kate's Friends series, starting with Kate's Big Dream. It is heavily illustrated with color pictures and will be available in both print and ebook. These early readers will then lead children on to the middle-grade series, Horses and Friends, with 5 books in the series and one more coming.