I have returned to my tour of Lake Geneva, Wisconsin mansions and estates of the past to feature Black Point. Unlike many of the homes I’ve featured, Black Point is still standing today and has been totally restored to it’s original glory. The Wisconsin Historical Society, who maintains the property, now owns the estate. What makes this home even more special is that many of the furnishings and the rooms were left as they originally were over the years, making it a life-sized time capsule of life in the late 1800s and early 1900x.

I toured Black Point and wrote about it on this blog back in 2014, but barely scratched the surface of the home’s history and the family who lived there. Black Point is only available to tours during the warmer months, as there is no means of heating it in winter, anpublic access to the property is only by boat. Tickets for the tour are purchased at the Lake Geneva Cruise Company, and the trip to the estate includes a short excursion past some of the other estates on the shore, complete with description by a tour guide. Upon arrival at Black Point’s dock, you encounter approximately 100 steps up a steep grade to the home. Landings along the climb provide benches for those who need to rest.

The tour of the home is conducted by a docent and includes the grounds and the first and second floors.

Unfortunately, the stairs to the turret were roped off and not accessible to the public.

Conrad Seipp, who built the home, made his fortune from a small brewery, named The Seipp Brewing Company. In 1887, Seipp and his wife carefully chose the site of their summer home based on the magnificent view of the lake from the high vantage point. The locals had already called the site Black Point, and they decided to keep the name for their Queen Anne home. For many decades the Seipps' children, and subsequently their children and grandchildren, spent their summer months at the home. Surely a wonderful escape from the heat and grime of the city. The journey was made easily accessible by the train that ran from Chicago out to William Bay, a small village whose depot was directly across the road from Geneva Lake. Family members would disembark from the train and cross the street to board the family steam yacht, dei Loreley.

At the time the home was built, because of the lack of roads, all building materials had to be ferried from the town of Lake Geneva to the home by boat, and in the winter by sleigh. The same was true for their furniture after the building was complete. After arriving at the site, a team of horses would haul wagonloads up the steep incline. By the time the home was completed, Mr.Seipp had spent $20,000. A stark contrast to what the property would be worth today if it were to be sold.

During the four generations that the Seipps used the home, the only major remodeling was to add a kitchen wing on the back of the structure after the home acquired gas lines and electricity. Before that, the kitchen was in a separate building to prevent fire in the all-wood structure. Most of the furniture in the home today is original to the home and in excellent condition.

If you are in the vicinity of Lake Geneva, Wisconsin during the warmer months, you may want to add a tour of Black Point to your itinerary. It’s a must-see for any history aficionado or historical fiction writer like myself.

If you are interested in visiting Black Point, the Wisconsin Historical Society’s site provides all the information you need at http://blackpointestate.wisconsinhistory.org/

A native of Lake Geneva, Wisconsin, author Pamela S. Meyers lives in suburban Chicago with her two rescue cats. Her novels include Thyme for Love, Love Finds You in Lake Geneva, Wisconsin, and her novella, What Lies Ahead, in the collection, The Bucket List Dare, now available at Amazon. Second Chance Love from Bling!, an imprint of LPC Books, released January 2017. When she isn’t at her laptop writing her latest novel, Pam can often be found nosing around Wisconsin and other Midwestern spots for new story ideas. 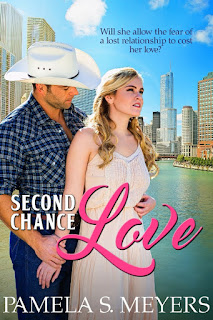