This Day in History--April 5-April 9

I was going to do today's date...the date I'm writing this--as the day in history--April 5th. Then I realized this would post on April 13. Rather than try to decide on one date, I thought it would be fun to see what took place over a few day period in the last few hundred years--early-April. I would have taken it through the 13th, but it would have filled twice as much space. I was surprised at some of what I found. Do any of you remember these people?


Most of us who are over the age of 45 or 50, at least know about Winston Churchill, even if we weren't alive when he was in power. Hopefully, a few of you younger set studied history and remember him as well. We remember him best for his service to his country and to the world during WWII. What I wasn't aware of, was the he continued to serve as Prime Minister in Great Britain for many more years, announcing his retirement on April 5, 1955, following rumors of failing health. He passed away 10 years later from a severe stroke at his home in London at the age of 90. The country was in mourning for a week.


One that really surprised me, as I remember her well in her later years, is that Bette Davis was born on April 5, 1908, as was Gregory Peck in 1916. I hadn't realized Davis was born just after the turn of the century. Davis won an Oscar for her role in Jezebel. The Oscar was later auctioned by Christie's Auction House and sold for a whopping $578,000.00! She also won the Academy Award for best actress twice. She passed away in 1989 at the age of 81.

Here's another one I didn't realize happened so long ago. On 6 Apr, 1896 - Greece Modern Olympics Games were Reborn in Athens 1,500 years after being banned by Roman Emperor Theodosius I.

I didn't know there was controversy over this next huge historical fact. As stated on this website: Explorers Robert E. Peary and Matthew A. Henson claim to became the first men to reach the North Pole. On April 6 1909, they established "Camp Jesup" allegedly within five miles of the pole. There is a large amount of controversy over this claim for a number of reasons including no independent verification and discrepancies in his journal, and even looking at those Societies who accepted or did not accept his claim makes it difficult to know for certain. The National Geographic Society certified his claim The Royal Geographical Society of London accepted Claim. The American Geographical Society did not accept his claim Societies of semi-Arctic Scandinavia did not accept his claim What can be said is they did believe they attained their goal of reaching the North Pole and if they did or did not does not lesson the feat they accomplished. The main reason for the dispute is because of navigation techniques used and not used, and not having independent verification from other qualified navigators in his team.

On this day in history--April 7th...Many important battles were fought over three consecutive years in America's early history: 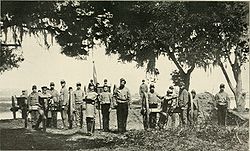 Sumter--The First Battle of Charleston Harbor was an engagement near Charleston, South Carolina that took place April 7, 1863, during the American Civil War. The striking force was a fleet of nine ironclad warships of the Union Navy, including seven monitors that were improved versions of the original USS Monitor. A Union Army contingent associated with the attack took no active part in the battle. 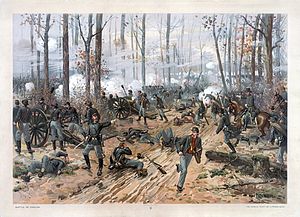 battle in the Western Theater of the American Civil War, fought April 6–7, 1862, in southwestern Tennessee. A Union force known as the Army of the Tennessee under Major General Ulysses S. Grant had moved via the Tennessee River deep into Tennessee and was encamped principally at Pittsburg Landing, Tennessee on the west bank of that river, where the Confederate Army of Mississippi, under General Albert Sidney Johnston and second-in-command Pierre G. T. Beauregard, launched a surprise attack on Grant's army from its base in Corinth, Mississippi.

A few brief but interesting facts for this day in history, April 8...

4. 1946 - The League of Nations assembles in Geneva for the last time

5. 1973 - The artist Pablo Picasso dies of a heart attack at his chateau near Cannes on the French Riviera 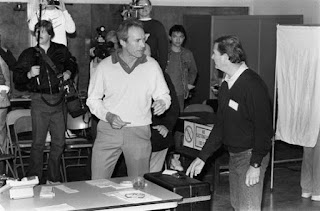 residents were divided between a devotion to keeping the area modest and those who felt new business would be economically beneficial. On January 30, 1986—just hours before the deadline—he decided to run for office. While his celebrity as a performer helped, the town also felt indebted to him for rescuing a historic animal sanctuary, the Mission Ranch, from being bulldozed by condo developers. When city officials couldn’t buy it back, Eastwood spent almost $5 million of his own money to keep it standing. He won 72.5% of the vote. He donated his $200 a month salary to youth groups.

This day in history, April 9th--our final day--three events that are all very different, that happened on this day--If you look at the second one about Mae West, you'll see how far this country/society has fallen in the last 90 years.

9 Apr, 1927 - U.S.A. Mae West Arrested: Mae West is Arrested during her starring role in the play "Sex" which she wrote, produced, directed and starred in on Broadway. She was prosecuted on morals charges and sentenced to 10 days in jail for public obscenity.

Thanks for joining me on this journey down memory lane! Let me know how many of these stories you already knew, or people you recognized or personally remember. 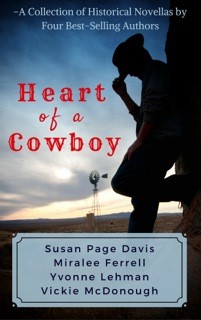 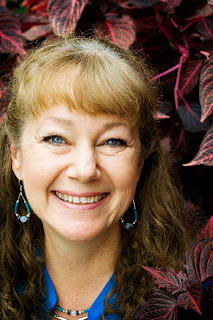 Miralee Ferrell is an award-winning, best-selling author with 25 books in print, comprised mostly of historical romance as well as middle-grade horse novels. Besides mother, grandmother, dog owner, and horse-rider, she's now wearing yet another hat of publisher, having started Mountain Brook Ink over 3 years ago and publishing over 29 novels in a variety of genres by a number of excellent authors. You can find more about Miralee on her website or her publishing company on their website.

Miralee wrote a novella in the Heart of a Cowboy collection, along with three other awesome authors. I hope you'll check it out in either paperback or ebook.