Life in an Old West Boardinghouse

I’ve always been fascinated by stories depicting cowboys, pioneers and the rugged individuals who helped tame the West. The American frontier, or the Old West, as it came to be known, drew adventurers from all over the world.          They came hoping to find a new life, whether that meant staking out a homestead, mining for gold, finding a husband, or starting a business. Whether it was a family, single men or women, a miner, gambler, or cowboy, the same thing captivated each one—the chance at a fresh start. Beyond that, they all had one need in common—a place to live when they arrived. 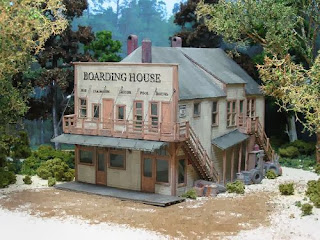 I’d never really thought about that aspect before—until I started writing and digging into the research aspect of telling a story. Where did they all go when they arrived out West? Most people didn’t have the means to buy land and build a home, as the trip across the country often took most of their funds. 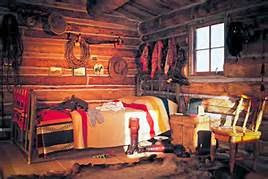 For some, like the cowboys, it was simple. They slept on a bedroll under the stars, their horse picketed close by. Others slept in a bunkhouse, often with thin bat-and-board siding barely covering the walls, allowing the wind to whistle through the cracks or the knot holes, but always with a cozy wood stove nearby.

My current historical romance series, Love Blossoms in Oregon, is centered around a boardinghouse and the interesting characters who reside there. In the 1880s there was more than one type of boardinghouse, and each catered to different kind of folks. The home operated by my heroine, Katherine, rented rooms to the more genteel type of client looking for more than a one or two night stay. A boardinghouse/combo hotel in Last Chance, CA (pictured here and featured in my book, Love Finds You in Last Chance, CA) only took men, and they all slept in a common room on the second floor, reached exclusively by a ladder. 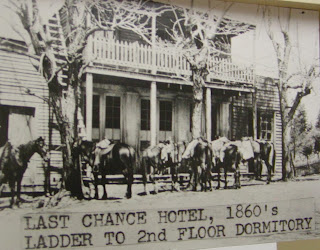 Saloons often offered accommodations as well, as they were sometimes attached to or housed within a hotel. Even the independent saloons provided rooms to travelers who wanted drinks, a meal and a bed. Many saloons provided a free lunch with the purchase of a drink, with the hope the traveler would decide to imbibe a bit longer and possibly spend the night. The Crystal Palace and The Oriental Saloon, both built in the last 1870s in Tombstone, AZ, (and featured in my novel, Love Finds You in Tombstone, AZ) provided more than drinks. 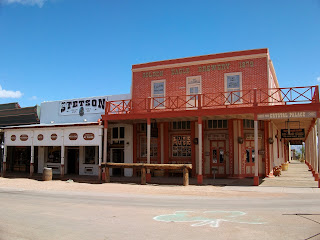 Of course, no decent lady or family would consider such accommodations, as their reputation would most certainly be ruined. Only ladies of ill repute frequented saloons, so the more genteel women chose a hotel, or a boardinghouse for a longer stay.

The average boardinghouse was different than a single family home, often having a large number of bedrooms, a common washroom, a good-sized dining room and a cozy parlor made available to the boarders. Of course, a bathroom as we understand it didn’t exist in the 1800s, at least not in homes in the Old West. Most boardinghouses provided a wash bowl, towels, and a pitcher of fresh water per room, along with a chamber pot. In very rare cases you might find some type of rustic indoor plumbing, but typically a bath was drawn by heating and carrying buckets of water to a wooden or tin tub in a wash room. 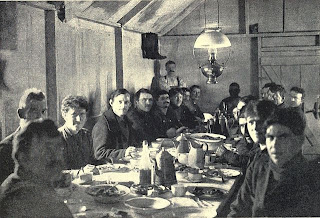 Breakfast was almost always included, and oftentimes supper, with some hostesses occasionally offering laundry service as well. Boarders could share a room, and often did, but the more wealthy patrons could choose to room alone. The least expensive rooms tended to be in the top floor, including smaller attic rooms, as heat rises and made sleeping uncomfortable. For the poor, cheap lodging houses provided basic accommodations for low prices. In San Francisco over a century ago, the majority of people frequenting a hotel were either working class or poor, and a passable room might cost 35 cents a night ($8 in today’s currency). Some rooms were more like dorms with multiple beds shoved close together and with very poor ventilation.

Life at a nicer boardinghouse could be almost like home, especially to a lonely widow or single woman struggling to make it on her own. In fact, many boardinghouses in the Old West were owned and operated by women, as it was a respectable way to make a living while keeping your children close by. Warm fires in the parlor and kitchen, reading books or newspapers in the parlor or playing games in the evening, along with story-telling and sharing the happenings of the day, were all common entertainment for the residents.
I’ve always had a fascination for the Old West, and the historical research for my novels has become one of my favorite parts of writing. Life was varied in the 1800’s, and often extremely challenging. The more glimpses I get of the strong men and women who made up the West, the more I’m compelled to share their stories.

If you’d like to contact me or see pictures of the settings for several of my historical novels, I’d love to have you stop by my website or my blog, or subscribe to my newsletter at www.miraleeferrell.com--click on the blog tab. 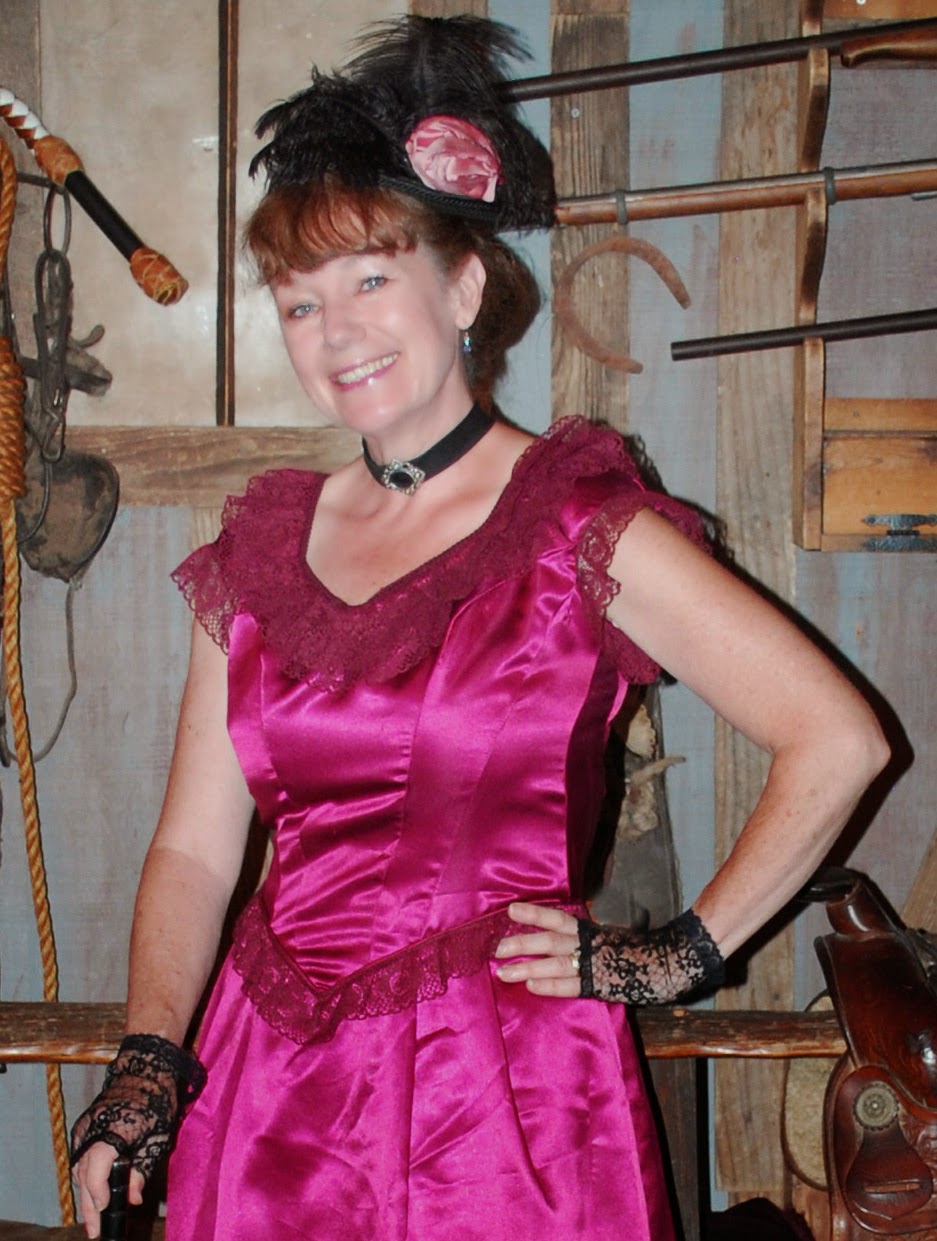 Miralee Ferrell and her husband, Allen, live on 11 acres in the Columbia River Gorge in Washington State. They have two grown children and a beautiful granddaughter. Miralee loves interacting with people, gardening, riding her horse with her daughter, and playing with her dogs. She speaks at various women’s functions and teaches at writers’ conferences. Miralee, an award-winning author of Western fiction, has been writing since 2005, and her first book was published in 2007. Since then, she’s had 23 books release, both in women’s contemporary fiction and historical fiction plus a five-book series of horse novels for middle-grade girls. You can sign up for Miralee's newsletter on her blog. 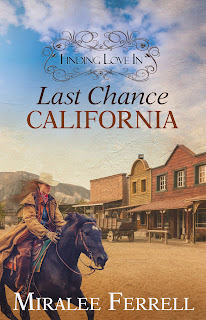 It's 1877 and Alexia Travers is alone in the world. Her father has died unexpectedly, leaving her burdened with a heavily mortgaged horse ranch. Marrying one of the town’s all-too-willing bachelors would offer an easy solution, but Alex has no interest in marriage.
Instead, she dons men’s clothing and rides the range, determined to make the ranch a success on her own. Help arrives when Justin Phillips, an acquaintance of her father’s, comes to Last Chance with his young son. Justin'’s and Alex’'s combined effort to save the ranch quickly turns into a fierce competition between cowboy and tomboy.
But when disaster threatens Travers' Ranch, they must work together to save someone they both love. Can these two independent people learn to depend on God —and on each other?
Posted by Miralee Ferrell at 12:30 AM