Thwarted Hope on the Pearl: A Sad Story of the Underground Railroad 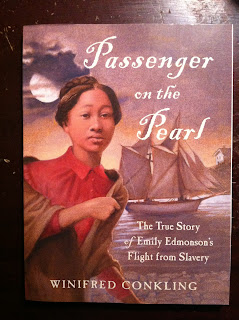 Most of us are familiar with stories of the Underground Railroad and American slaves escaping north to freedom. But while researching the abolition movement in Washington D.C. for my first Civil War era novel, I learned about an instance when a large number of slaves attempted to escape by boat—an effort that, for most of them, ended quite tragically.

On the night of Saturday, April 15, 1848, seventy-seven enslaved men, women, and children quietly boarded the schooner Pearl as it lay at the little-frequented steamboat wharf of Washington D.C.’s Potomac River. Many of these slaves were somewhat educated or had economic means of their own, and most feared their families being separated and sold farther south to the hungry cotton fields. They included a young woman enslaved to former first lady Dolley Madison and six teenage and grown children of the Edmonson family, of whom Mary and Emily Edmonson would become the most famous.

Each person had their own story, but all had decided to risk capture, punishment, and death to put their lives in the hands of the three white men crewing this little schooner: Daniel Drayton, who had chartered the ship; Edward Sayres, the captain; and Chester English, the deck hand and cook. And so they boarded, and waited with bated breath below deck for the Pearl to set sail.

First there was no wind, and they lay idle at anchor. Then a storm rose, and the seamen argued as to whether to set off on their journey north or not.

And meanwhile, dozens of white families in Washington woke up Sunday morning to find their slaves gone.

The slaveowners gathered, and a cab driver, angered by the inability of two fugitive women to pay for the ride he had given them to the docks, turned the search party in the right direction. Another ship was crewed, and the Salem set off in pursuit of the Pearl.

It wasn’t long before the ship of fugitives was found and boarded, and the people below decks, who had tasted freedom for only a day, were rounded up. The men chained together, all of them were marched through the streets of the American capital to prison, trailed by a jeering mob calling for the whole group, black and white, to be lynched.

The rioting continued for several days with threats on local abolitionists, including the office and editor of the National Era, Washington’s Abolitionist newspaper.

Meanwhile, the passengers from the Pearl awaited their fate. Relatives and white abolitionists fought hard to gain or purchase their freedom. Congressman Joshua R. Giddings even made a resolution before the House of Representatives, arguing that these “men, women, and children” had committed no “crime…other than an attempt to enjoy that liberty for which our fathers encountered toil, suffering, and death itself.”

Despite all these efforts, the vast majority of the fugitive families were ripped apart and sold Deep South, into the very conditions they had risked everything to avoid.

For thirteen-year-old Emily and fifteen-year-old Mary Edmonson, though, the story had a happier ending. Though these sisters were imprisoned in terrible slave pens for months and even shipped south destined for the New Orleans prostitution trade, their father, freeman Paul Edmonson, never stopped trying to raise the astronomical $2,250—more than the value of his entire farm and possessions—to buy his daughters back. And threat of yellow fever prevented the girls actually being sold in New Orleans.

Finally, in the fall of that year, and in part through the efforts and congregation of Rev. Henry Ward Beecher, brother of Harriet Beecher Stowe, the money was miraculously raised. With many prayers and tears, the Edmonson family was reunited, Mary and Emily free at last. But for most of the rest of the passengers of the Pearl, they would never see their families again.

If you’d like to learn more about this dramatic story, check out Escape on the Pearl: The Heroic Bid for Freedom on the Underground Railroad by Mary Kay Ricks, Passenger on the Pearl: The True Story of Emily Edmonson’s Flight from Slavery by Winifred Conkling, or Subversives: Antislavery Community in Washington D.C., 1828-1865 by Stanley Harrold.

Have you ever heard about the escape attempt on the Pearl before? What about this story struck you? I’d love to hear your thoughts! 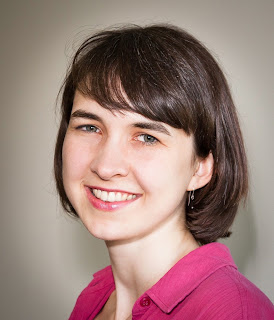