The Lost Dutchman's Mine

Gold--oftentimes man's biggest enemy or friend--something that brings destruction when it's held above all else, or brings blessing when kept in proper perspective. In the Old West, gold and silver were highly sought after and in many cases, were the cause of new towns springing up in unlikely areas. 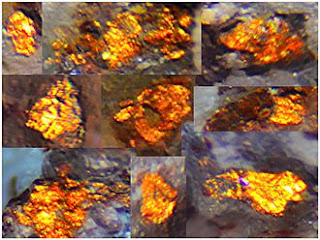 I love anything related to Old West history, and stories about lost mines or lost treasures are no exception. One of the most well-known is the old Dutchman's mine in the Superstition Mountains, as well as the Peralta Mine, in the same mountain range.

The Peralta Mine – AZ (1848)– This was an old lost Spanish mine; there are numerous legends surrounding it and at least one TV documentary.
The miners were driven out/killed by Indians, including one last desperate attempt to escape with a pack string carrying high grade ore from the mine. The miners were ambushed and killed, the pack animals were killed or dispersed into the desert and left where they died. Some have allegedly been found; the skeleton of a pack mule, still wearing the rotting panniers, spilling high-grade gold ore back to the desert. The Indians having no use for any of it, hid the mine and the gold. 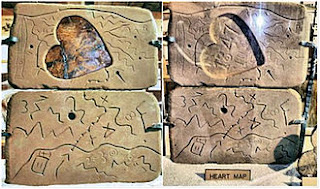 The Peralta Stones are a set of engraved stones. Some people believe they indicate the location of the famed Lost Dutchman's Gold Mine, in Arizona, United States. The Dutchman was a German immigrant named Jacob Waltz.

The stones are named for the Peralta family, said to be an old and powerful Mexican family. Peralta is a common Hispanic surname. Some people named Peralta owned a cattle ranch that included what is now Oakland, California at the time of the Mexican–American War. People still search for the Lost Dutchman's Mine to this day, and many have died in the desert--some from mysterious causes. Much superstition surrounds this lost mine and what will happen to anyone who dares to hunt for it. 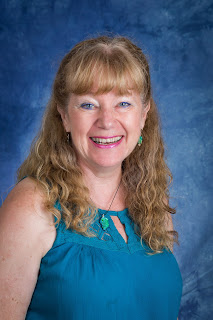 Miralee and her husband Allen live on 11 acres in the beautiful Columbia River Gorge in southern Washington State, where they love to garden, play with their dogs, and take walks. Miralee rides her horse on the wooded trails near their home with her grown daughter who lives nearby. She’s a multi-published, best-selling author with 22 books in print. Three years ago she put on a publisher's hat and heads up Mountain Brook Ink, a small press specializing in Christian fiction.

This book is set in the gold rush days and takes place in a mining town in California.

First published as Love Finds You in Last Chance, California

It's 1877 and Alexia Travers is alone in the world. Her father has died 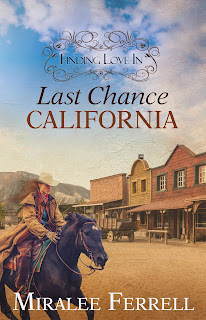 unexpectedly, leaving her burdened with a heavily mortgaged horse ranch. Marrying one of the town’s all-too-willing bachelors would offer an easy solution, but Alex has no interest in marriage.
Instead, she dons men’s clothing and rides the range, determined to make the ranch a success on her own. Help arrives when Justin Phillips, an acquaintance of her father’s, comes to Last Chance with his young son. Justin'’s and Alex’'s combined effort to save the ranch quickly turns into a fierce competition between cowboy and tomboy.
But when disaster threatens Travers' Ranch, they must work together to save someone they both love. Can these two independent people learn to depend on God—and on each other?

Book One in the Women of the West series