The next stop on our tour of the mansions of Geneva Lake from the late 19th Century and early 20th Century is a lovely Dutch Colonial that was built by Charles H. Wacker.  If you have spent any time in the Chicago loop, you have probably heard of Wacker Drive. Wacker was a member, and later chairman, of the Chicago Plan Commission which had a hand in making Chicago emerge into the well-organized and centralized city that it is today.

Before becoming involved on the Plan Commission, Wacker and his father established the malting firm, F. Wacker and Sons, which later became Wacker and Birk Brewing Company. Just as busy Chicagoans today who work hard all week seek respite at nearby Lake Geneva, Wisconsin on the weekends, Wacker was no different back in the early 1890s when he purchased a large property on the south shore of Geneva lake.

He commissioned Jens Jensen to design a beautiful landscape to complement the home he was planning to build. A stickler for details, he bragged at one time that he had inspected every single board before it was used to construct the home that included Tuscan columns made of cypress wood, a wraparound porch and a central spiral staircase that was topped with a Tiffany dome.

Wacker died at Fair Lawn a few days after the stock market crash in 1929.

The home stayed in the Wacker family until it was sold in 1975 to the next-door neighbors, Chicago television personality, Lee Phillip, and her husband, Bill Bell, one of the creators and producers of the soap opera, The Young and the Restless. They did not want to tear down the antique building, which was the popular choice of many who purchased the old mansions back then. Instead, they used the home as a guest house. They only owned the home for five years before they sold it to Chicago attorney Robert Cooney who assured them they would restore the property and not tear it down. Cooney’s wife was a professional interior designer and she was able to incorporate a lot of the antiques the home still had in her designs. It is unclear of the home is still owned by the Cooney family.

The home still holds a commanding presence on the shoreline and is occupied and enjoyed by the current family who lives there. You can see it for yourself by walking the public path that circles the lake at the shoreline or by taking an excursion boat ride that embarks daily from the public docks in the town of Lake Geneva. I think Charles Wacker would be very pleased to see how his home has endured and been preserved to be enjoyed many years after he passed. 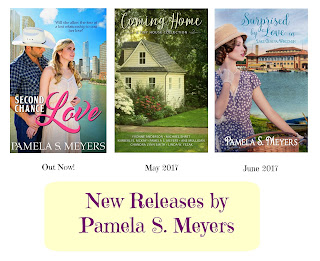