As you know, California recently experienced a five-year drought. Things got so bad that many of my neighbors either let their lawns die or replaced the grass with artificial turf or rocks. Others simply found a way of stealing water.  Yep, that's right; we had to contend with water thieves.


My husband came up with yet another solution; he simply painted our grass green (see before and after photo).  Yep, there's actually grass paint that you can spray on and it works!
I remember watching all that craziness and wondering about droughts in the past.  I'm pretty sure they didn't have grass paint back in the 1800s.
For many years people believed that cloudbursts were caused by noise.  Plutarch was the first to note that a rainstorm followed every great battle. He thought it was nature's way of purifying the ground after bloodshed.
He wasn't the only one who believed in the "concussion theory of rainmaking;" Napoleon was among the many military leaders convinced that artillery fire caused rain. After losing the battle of Waterloo due to the muddy battleground, he came up with the strategy of firing weapons in the air in hopes that a deluge would disable the enemy.
Amazingly, more than 150 major civil war battles were followed by rainstorms.
Witnessing the rain that fell after the battle of Bull Run, J.C. Lewis blamed it on the "discharge of heavy artillery."

Not everybody agreed that rain was generated by blasts. Meteorologist James Pollard Espy, known as the Storm King, insisted it wasn't the noise, but rather the heat of battle that opened the clouds.  To prove his theory he asked that he be allowed to set a 600 mile stretch of land on fire. Congress turned down his request.
Heat or noise, no one really knew for sure. Brigadier General Robert Dyrenforth decided to settle the matter once and for all by conducting a series of rain-making experiments in Texas. He used artillery and balloon-carrying explosives.  Instead of rain, he accidentally set a series of prairie fires and was given the name Dry-Henchforth.
At the turn of the twentieth century, the west was going through another drought and water wars erupted.  It was the perfect environment for a former sewing machine salesman by the name of Charles Hatfield aka Robin Hood of the Clouds.  Offering his services to farmers he built high towers and released a chemical concoction he created.  Because of clever timing he had some initial success, which is why the city of San Diego hired him.
In 1916 he climbed his newly built tower and tossed his chemicals into the air. Lo and behold, the sky opened up dumping thirty-five inches of rain on the city and causing a tremendous amount of damage.  The city wanted Hatfield to take responsibility for what was called the Hatfield flood, but he refused, claiming it was an act of God. When the city failed to pay him his $10,000, he sued.  It took twenty-two years before the case was finally thrown out of court.
Though Hatfield’s methods met with little success, he was on to something and cloud-seeding has been around since the discovery of iodide weather modification properties in the 1940s.
Earlier this year, Los Angeles officials generated more rain from recent storms with cloud seeding generators. Silver iodide molecules were shot into the air and turned into crystals. Moisture clung to the crystals and came down as rainfall.
The devices cannot kick-start rain activity but can generate as much as five to fifteen percent more rain during an actual storm.
Cloud-seeding can only be done under certain conditions. The temperature and wind must be just right and there’s always a chance of being too successful.  No company wants to be held liable for flood damage.
It’s also expensive and some studies have indicated a toxicity to animals. But even with all these problems, cloud-seeding works.  No battles or firing of cannons necessary.

So what do you think?  Do the benefits of cloud-seeding outweigh the risks?

There's a new sheriff in town
and she almost always gets her man! 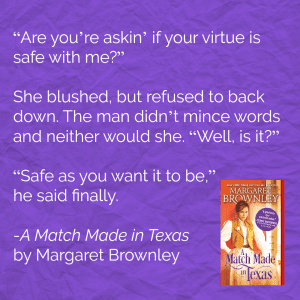 Amazon
B&N
iTunes
Posted by Margaret Brownley at 1:00 AM