In 1816, George Henry Thomas was born to a slaveholding family on a plantation in southern Virginia. He grew up in the volatile and pompous pre-Civil War south, attending balls and surrounded by all the good and bad aspects of the time period. Then at twenty-years-old, George Thomas received a commission to West Point. Being significantly older than most of his classmates, his peers bequeathed him the nickname of “Old Tom”.

Graduating 12th in his class in 1840, Thomas was commissioned a second lieutenant in Company D, 3rd U.S. Artillery. He decided to make the military his lifetime career.

Thomas served with distinction during the Mexican-American War. He fought alongside artillerist Braxton Bragg, and after the end of hostilities, Thomas was appointed instructor of cavalry and artillery at West Point under academy superintendent Lt. Col. Robert E. Lee.

In 1861, as the southern states began to withdraw from the Union, men were forced to choose sides. At the outbreak of the Civil War, George H. Thomas was offered several prominent commissions in the Confederate army. He turned them down, deciding not to resign his command, but to continue serving in the U.S. Army. Believing in his oath to the United States, he wanted to uphold his promise to the Union. Yes, that’s right, a Southern, Union Major General.
This choice caused a deep rift with his family, one that George wouldn’t live to see healed. His sister wrote him to say he was dead to the family. Thomas’ southern friends, military and otherwise, along with former students, reacted no less fervently. Fellow Virginian, J.E.B. Stuart, wrote about George Thomas in a letter. He said, “I would like to hang, hang him as a traitor to his native state.” Imagine the loneliness he felt while be true to his beliefs.

Although Thomas was a genius strategist and major contributor to the victory of the Union, he was field commander only twice during battles. Once during the battle of Mill Springs, Kentucky, near the beginning of the war and the second near the war’s end at Nashville, Tennessee.

Following the end of the war, George commanded the Department of the Cumberland in Kentucky and Tennessee. He also worked to uphold the rights of freedmen against abuse in parts of Georgia, Mississippi and Alabama.

George H. Thomas died from a stroke in 1870, one year after requesting a transfer to the Department of the Pacific in San Francisco. Due to Thomas’s deep desire for privacy, he destroyed all of his personal papers. He said, he never wanted his adventures to be “hawked in print”. Unfortunately, his early death prevented him from publishing his memoirs on his own.

William T. Sherman, a lifelong friend, listed George along with U.S. Grant as heroes of the and deserving of monuments. Today, an equestrian statue of the “Rock of Chickamauga”, George Henry Thomas. stands in downtown Washington D.C.’s Thomas Circle.

Major General George Henry Thomas led an honorable and prestigious life. I admire his courage and fortitude for doing what he believed was right.

Thank you for joining me here at Heroes, Heroines and History. 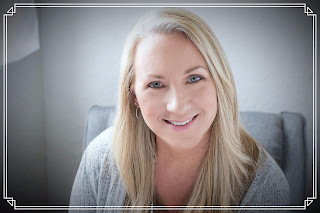 Award winning author, Michele K. Morris’s love for historical fiction began when she first read Laura Ingalls Wilder’s Little House book series. She grew up riding horses and spending her free time in the woods of mid-Michigan. Married to her high school sweetheart, they are living happily-ever-after with their six children, three in-loves, and eight grandchildren in Florida, the sunshine state. Michele loves to hear from readers on Facebook, Twitter, and through the group blog, Heroes, Heroines, and History at HHHistory.com