We are back on the public shore path that encircles Geneva Lake in southeastern Wisconsin and visiting the mansions of old that once graced the shoreline of this beautiful Midwestern lake.

This home is one that has stood the test of time and still is a residence today on the south shore of the lake—or at least the second version of the home is. You see, the first version burned to the ground in 1928. That version was built by C. J. Hately. He was involved in the meat packing business in Chicago, along with other investment projects. One such project was the Chicago Beach Hotel on Hyde Park Avenue.

The first version, a square design, with its first floor surrounded by a porch, complete with white columns, on at least three sides, was not met with much fanfare. In fact, an article in the May 12, 1893, Lake Geneva Herald stated that the Hately home was a, “large square building, and to our mind, too squatty to be handsome.” The rather bold criticism didn’t bother the Hatelys much as they enjoyed their escape from the hot city streets during summer when Mr. Hately would board the Millionaire special train in Chicago on Friday afternoons and two hours later, arrive at the end of the line in Williams Bay. He would then cross the street to his 60-foot steam yacht called Thelma. From there he would be taken across the lake to be greeted by his family.

In 1923, the Hately’s sold the estate to Mrs. Jesse Bartlett Hooper. She lived in it for five years when the fire mentioned earlier reduced the home to rubble. She had a new home built in its place—a 16-room mansion of Spanish influence, where she lived for the next five years. When moving into the new home, she changed it’s name to Casa del Sueno, which translated means Home of Dreams. In 1935 the home was sold to Mildred Ruehl Starck, widow of P.T. Starck of the Starck Piano Company.

It was sold in the 1950s to Chicago television personality Lee Phillip and her husband William Bell, creator of two daytime soap operas, The Young and the Restless, and The Bold and the Beautiful. Today it is privately owned and the names of the owners are not public. What is unique about the home now is its boathouse, which looks like an old steamer yacht and is used as a guest house. Its name is the “S.S. No-Go.” While viewing the home from the water, many trees block the observer from getting a clear view of the mansion. But the older picture here help to visualize what is obscured.

If you are ever in the Lake Geneva area and take a boat ride around the lake, you will likely remember reading about the home the moment you spot the guesthouse that looks like a boat.

I'll be back next month with more snippets of history from the Lake Geneva, Wisconsin area. 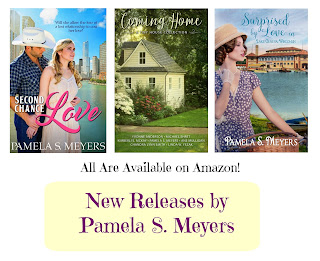