Socialite Dorothy Arnold had everything going for her, or so it would seem.

In 1910, the wealthy young woman went shopping on Fifth Avenue in New York City, ostensibly to buy a new dress for her younger sister’s debut ball. She was never seen again.

Dorothy was the daughter of perfume importer Francis Arnold, and she was the niece of Supreme Court Justice Rufus Wheeler Peckham. Her family moved in the highest circles of society. She had a monthly allowance of $100, which was quite a lot in 1910--about $2,500 in today's money. The day
before, she had withdrawn $36 from her account and met some girlfriends for lunch.

Dorothy walked a lot, and the day she disappeared was no exception. From her parents’ home on East 79th Street in Manhattan, she walked about twenty blocks to a candy shop, where she bought a small box of chocolates and took it with her. Then she walked another distance down Fifth Avenue and stopped at a bookstore, Brentano’s, where she was known as a frequent customer. She purchased a book and left.

Just outside the bookshop, she ran into a friend, Gladys King. Gladys had been invited to Dorothy’s sister’s debut, and she was carrying her response card for the event and gave it to Dorothy, joking about the postage she had saved by running into her. They chatted for a few minutes, and Gladys said she was late for a luncheon engagement.

At this point, Dorothy left her and crossed the street. Gladys later said she’d told her that she intended to walk home through Central Park. Gladys set off on her way. At the corner, she looked back and waved. No one ever admitted seeing Dorothy alive again.

When she failed to return home by dinnertime that evening, Dorothy’s parents and siblings were alarmed. They made some discreet telephone calls to friends, but no one could tell them where their daughter was. Being upper-crust social denizens, they didn’t want any publicity. They were worried, but they weren’t ready to involve the police.

Instead, they asked the family lawyer to make some inquiries. When he turned up nothing substantial, they hired a succession of private detectives. Eventually they even hired Pinkerton detectives and plastered the city with notices bearing a picture of Dorothy, but that wasn’t for six weeks.

Odd, you say, to wait six weeks? A lot of people thought that.  When the news broke in January 1911, the media had a feeding frenzy. Sensational headlines appeared across the country. Mr. Arnold offered a $1,000 reward for information that led to finding her. The police followed up on hundreds of supposed sightings of Dorothy--she was kept drugged in Mexico; she was basking on the beach in Hawaii; she was hiding out in disguise. Dorothy seemed to be everywhere, and yet she was nowhere.

Due to space constraints I can’t go into all the details of the case, but I’ll share with you a few of the
theories on what happened to Dorothy Arnold.

1. She was found to have a boyfriend, George Griscom, Jr. Her parents were very strict with Dorothy, even though she was 24. She managed several trysts with George, and had even spent a week with him in Boston a couple of months earlier, while her parents thought she was visiting a girlfriend. Could she have run off with George? George was still in New York and living with his parents, but once Dorothy’s disappearance made the news, he went to Italy with his folks. Dorothy’s mother and brother traveled to Italy in hopes of finding her there with him, but to no avail. All they got was a packet of love letters from Dorothy, which George handed over to them amid insistence that he knew nothing of her whereabouts.

2. Could she have disappeared intentionally, to start a new life on her own? There’s some basis for this idea. Dorothy was an aspiring writer. She had recently written and submitted two stories to McClure’s Magazine, but they had been rejected. Her father later said he burned her manuscripts. She had mentioned to her father that she would like to move to Greenwich Village and take an apartment there and pursue her writing. Her father forbade it. Was Dorothy determined to get out from under Dad’s thumb and live the Bohemian life?

3. Could she have been kidnapped and/or murdered as she walked through Central Park? Possibly. But no ransom demands were ever received. Among the false leads police received were tales of murdered women. When these were followed up, they were found to be hoaxes or concerned other victims, not Dorothy.

4. Could she have committed suicide? This was a popular theory. Although Dorothy appeared cheerful and upbeat to those with whom she spoke that day, including Gladys King, she was known to have been rejected by the magazine, thwarted by her father, and teased about her writing by her family. Her father also made it clear he had “no use” for men like George Griscom, Jr. George was more than a decade older than Dorothy, considered a playboy who lived with his parents and did not work. Francis Arnold didn’t want him courting his daughter. Was all of this enough to put Dorothy in despair? If so, why did nobody say she seemed depressed?

5. Could she have died as the result of surgery? Some speculated that Dorothy had undergone a back-alley abortion and died as a result. Six years after she vanished, a Rhode Island convict claimed he’d been paid $150 back in December 1910 to dig a grave for a wealthy young woman who had died after a “secret operation.” He said a wealthy young man had paid him. Police searched for the grave but never found Dorothy’s remains. Most people concluded the burial story was another hoax.

One thing that has always left people wondering was a sentence Dorothy penned in a note to herself which said something along the lines of “Mother would always think it was an accident.” Was this a foreshadowing of suicide? Of disappearing from her unhappy home life? Or did it refer to something more innocuous, such as the possibility of being published in an upscale magazine? The mystery of Dorothy Arnold’s disappearance remains unsolved. Much more about this case can easily be found online.

My novel The Priority Unit involves the disappearance of a man. To enter a drawing to win this book, comment below and be sure to leave your contact information. Since this is Book 1 in a series, if you’ve already read The Priority Unit, you can choose any later book in the series if you wish. 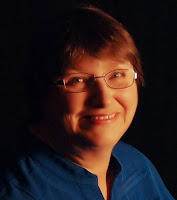 Susan Page Davis is the author of more than seventy novels and novellas. She’s a two-time winner of the Inspirational Readers’ Choice Award, and also a winner of the Carol Award and two Will Rogers Medallions, and a finalist in the WILLA Awards and the More Than Magic Contest. A Maine native, she lived for a while in Oregon and now lives in Kentucky. Visit her website at: www.susanpagedavis.com , where you can sign up for her occasional newsletter and read a short story on her romance page.