A Different Kind of War 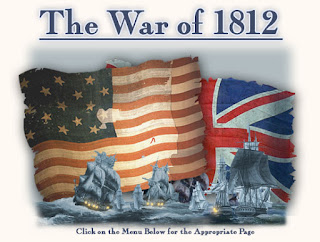 When I began researching my novel Lily’s Dilemma, for the “My Heart Belongs” series from Barbour Publishing, I was surprised to learn that the War of 1812 is often referred to as the Second War of Independence. During this two year conflict, we were fighting against British constraints on American trade so the war was largely fought at sea, although our Capitol and the Presidential Mansion were burned and our harbors at Baltimore and Alexandria attacked. Moreover British ships were confiscating American vessels and impressing Americans into serving in His Majesty’s Royal Navy—a practice that enraged Americans all the more.

It was, in fact, the spark which touched off the war, according to many experts.

Impressment was a practice by the British Royal Army in which British soldiers forced men into service on its warships. Impressment became a necessary means of recruitment due to Britain’s war with France, prior to the French Revolution. The “impress service,” which were no more than thugs, trolled ports 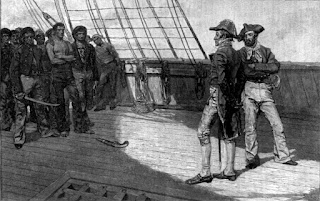 and captured those they felt would make fine additions to HMS Royal Navy. Quite often it was Americans

who were impressed into service—against their will.

Little wonder that the practice of impressment conflicted with the newly formed United States whose very foundation hinged upon individual freedoms as described in the Declaration of Independence. Meanwhile, impressed Americans suffered brutalities, degradation, and horrible living conditions. The government of the United States made known it would not stand for it. But out at sea, private merchant vessels were particularly vulnerable because they offered practiced sailors and valuable cargo. One may wonder how Britain got away with it. The answer lies with the vague laws on the High Seas at the time which allowed Britain to continue with its impressment practice, so American diplomats’ outcry went ignored.

Not many novels are set against the backdrop of the War of 1812. When they

are, the practice of impressment is often romanticized. Some authors either don’t enjoy doing research or they fear their stories many sound like textbooks, and novelists avoid that pitfall like the plague. I have only read (and thoroughly enjoyed) only one series of novels set during the War of 1812. The books were written by MaryLu Tyndall, one of my favorite authors. She does her research and, for this series, inserted her characters into a very realistic setting based on known facts. Ms Tyndall’s imagination was sharp enough to fill in the blanks and make her story wholly fiction and hardly a boring textbook. That said, the goal of most novelists is to touch our readers’ hearts with our stories. My goal as a writer goes even further. I aim to pepper enough historical truths into my stories to satisfy any history lover, while striving to show faith in Christ in action. I’ve learned the only way to accomplish this is to delve into research and then write unabashedly.

Andrea Boeshaar has been married for nearly 40 years. She and her husband 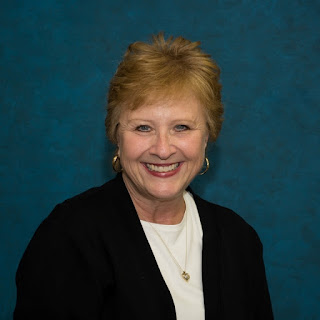 have 3 wonderful sons, 1 beautiful daughter-in-law, and 5 precious grandchildren. Andrea’s publishing career began in 1994. Since then, 31 of her books have gone to press. A little known fact about Andrea is that she is a college student, finishing her Bachelor of Arts degree with an emphasis in Business Management from Concordia University-Wisconsin. Back in the year 2000, Andrea cofounded ACFW (American Christian Fiction Writers) and served on its Advisory Board for a number of years. Presently, Andrea is a member of her local ACFW chapter. She also serves as the secretary for the CAN organization (Christian Authors Network). In 2007, Andrea earned her certification in Christian Life Coaching and she’s now the co-president of the newly-founded Steeple View Ministries, a world-wide organization focused on eradicating illiteracy. 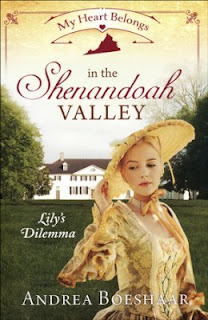 Journey into the Shenandoah Valley of 1816 where...
With Very Little Left of the Family Farm, Lily May be Forced into a Loveless Marriage.

Captain McAlister “Mac” Albright has purchased land in the Shenandoah Valley. However, the land belongs to Lillyanna Laughlin—or so she erroneously thinks. Mac sets her straight and despite a poor start, the two become friends. . .if only he were financially stable to offer her more.

When Lily’s life is threatened and his whole future goes up in flames, Mac truly becomes a man without means, and Lily is forced to make the impossible choice between a loveless marriage with a man twice her age or the man who has shown her what true love could be. How can she choose between love and economic security? Her family is depending on her. Is her heart destined to break?
Posted by Miralee Ferrell at 2:00 AM