Speaking of Giving Thanks 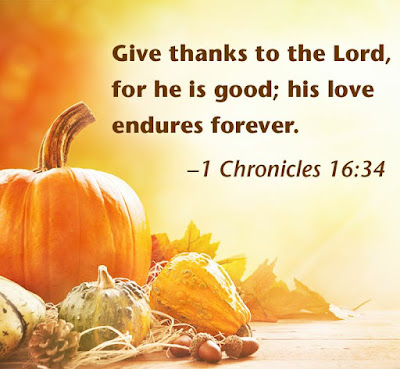 Every Thanksgiving, Americans celebrate a feast that dates back to November 1621, when the Pilgrims and the Wampanoag Indians gathered at Plymouth for an autumn harvest celebration. Days of fasting and thanksgiving became common practice in New England settlements. In 1789, George Washington issued the first Thanksgiving proclamation by the national government of the United States, calling upon Americans to express their gratitude for the happy conclusion to the country’s war of independence and the successful ratification of the U.S. Constitution.

In honor of Thanksgiving, I’m sharing some quotes about being thankful.
“The unthankful heart... discovers no mercies; but let the thankful heart sweep through the day and, as the magnet finds the iron, so it will find, in every hour, some heavenly blessings!” -- Henry Ward Beecher 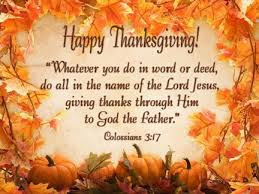 “For flowers that bloom about our feet;
For tender grass, so fresh, so sweet;
For song of bird, and hum of bee;
For all things fair we hear or see,
Father in heaven, we thank Thee!” -- Ralph Waldo Emerson

“Praise God even when you don’t understand what He is doing.” -- Henry Jacobsen

“As we express our gratitude, we must never forget that the highest appreciation is not to utter words, but to live by them.” -- John Fitzgerald Kennedy
“An optimist is a person who starts a new diet on Thanksgiving Day.” -- Irv Kupcinet
“Our rural ancestors, with little blest,
Patient of labour when the end was rest,
Indulged the day that housed their annual grain,
With feasts, and off’rings, and a thankful strain.” -- Alexander Pope 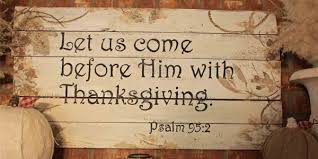 “Pride slays thanksgiving, but a humble mind is the soil out of which thanks naturally grow. A proud man is seldom a grateful man, for he never thinks he gets as much as he deserves.” -- Henry Ward Beecher

“I think that is a better thing than thanksgiving: thanks-living. How is this to be done? By a general cheerfulness of manner, by an obedience to the command of Him by whose mercy we live, by a perpetual, constant delighting of ourselves in the Lord, and by a submission of our desires to His will.” -- Charles Spurgeon

“Gratitude is a quality similar to electricity: it must be produced and discharged and used up in order to exist at all.”― William Faulkner

“Let us remember that, as much has been given us, much will be expected from us, and that true homage comes from the heart as well as from the lips, and shows itself in deeds.”—Theodore Roosevelt

“Do not spoil what you have by desiring what you have n remember that what you now have was once among the things you only hoped for.” ― Epicurus


“Reflect upon your present blessings, of which every man has plenty; not on your past misfortunes, of which all men have some.” ― Charles Dickens

“In ordinary life, we hardly realize that we receive a great deal more than we give and that it is only with gratitude that life becomes rich.” ― Dietrich Bonhoeffer 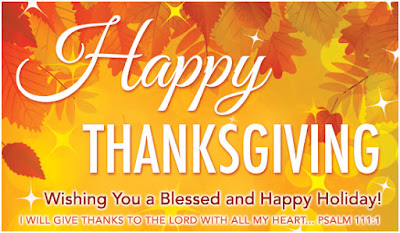