A woman in Regency England (approximately 1810-1820) who found herself in the position of governess was typically not to be envied.


She was a woman between worlds, in a way: a lady of virtue, character, learning and "good" breeding, who was also a servant. She was a woman who must make her own way in the world.

In the early nineteenth century in Great Britain, bank failures, famines and economic struggles caused many a middle-class, or gently bred, family to lose their fortunes. Young men could take any number of respectable jobs considered suitable to their class, but their sisters faced a quandary. Jobs were fewer for females in general, and many of them, like working in a shop, were considered beneath a gently bred, "groomed" female.

Teaching was the only realistic possibility these young women faced. Some took jobs in girls' schools, while others became governesses, living in the homes of their students.

Her position was unique in a wealthy household. In Georgian-era society, a governess' standing was considered "good enough" to educate a nobleman's children, but she was not of high-enough standing to be treated as a friend or member of the family.

Neither did she fit in with the servants of the house, who likely came from humbler origins than she did. Therefore, governesses often dined alone, used the schoolroom as her sitting room, and had little in the way of adult company in the household.

“With the fortitude of a devoted novitiate, she had resolved at one-and-twenty to complete the sacrifice and retire from all the pleasures of life, of rational intercourse, equal society, peace, and hope, to penance and mortification forever.”

Clearly, the lot of a governess was not viewed as a pleasant one. It could be a lonely life--but it kept her stomach full and a roof over her head.
Pay was not usually enough that a governess could save for retirement. In 1841, Charlotte Bronte earned twenty pounds a year. While some supposedly earned two hundred pounds a year, many governesses worked for room and board alone.

Some families grew attached to their governesses and maintained caring relationships (like Emma did with her governess, Miss Taylor, in Austen's Emma). Some mothers, however, resented the closeness their children developed with their governess, and a resentful or jealous parent could dismiss a governess on the spot. Others, like one of the families Charlotte Bronte served, treated governesses as slaves, forcing them to do sundry tasks in addition to teaching.
And what did the governess teach? Young charges would learn to read, write, and do math. As the children grew, they would probably learn French, history, and globes (geography). Boys of the household might go away to boarding school at age eight, but the governess would continue to teach their sisters music, art, needlework, and deportment, preparing her to attract suitors when they came of age.

Suitors were not easy for the governess to come by, however, but most governess positions were short-lived, allowing them to return home and re-establish themselves with their families or marry.

Those who never married or received enough pay to save for retirement found themselves destitute when they reached middle age. In 1841, The Governesses' Benevolent Institution was set up to help such ladies receive pensions.

Despite the bleak life many a governess endured, others were well-loved by the families who employed them, allowing them to live comfortably in their later years. 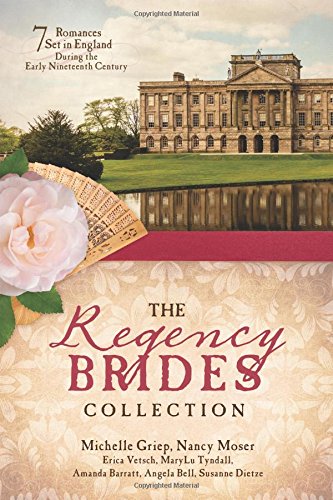 Susanne Dietze began writing love stories in high school, casting her friends in the starring roles. Today, she's the award-winning author of over a dozen historical romances who's seen her work on the ECPA and Publisher's Weekly Bestseller Lists for Inspirational Fiction. Her newest novella, Three Little Matchmakers in the Regency Brides Collection, tells the story of a governess and her three mischievous charges.