Locust invasion and US Army aid

Cara Grandle here.
Have you ever read a western, settlers or pioneer novel where a major environmental catastrophe was involved? Floods, fires, blizzards? How about locusts? Over the next few posts I’m going to talk about interesting historical facts behind several of these obstacles. 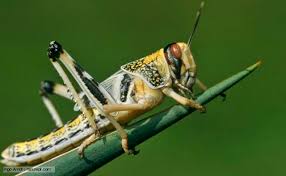 Locust storm wipe out everything. Crops. Food. Wood. Even the wool off the sheep’s back. They were a serious threat to survival. An invading swarm could mean starvation for all around.

Where should we begin?

How about finding out the difference between a grasshopper and a locust?

Quoting the Encyclopedia of Animal Behavior contributor, Alexandre Bsevolo Latchininsky, Entomologist says, “All locusts are grasshoppers but not all grasshoppers are locusts. Out of 12,000 described grasshopper species in the world, only about a dozen should be considered locusts.” 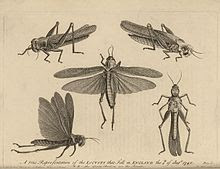 Phew. Only a dozen. Which after we figure out what defines a locust you will be as grateful as I am that only 12 of 12,000 behave this way: 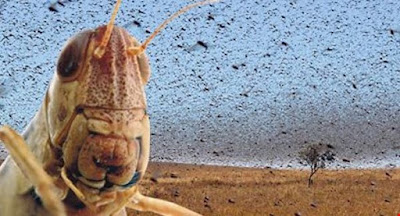 Libya, June 2012, 2 million people starved to death after a locust infestation that could have been prevented with infestation control. A political move by a now deceased leader led to this tragedy.


Utah, July 1847, A swarm of Mormon Crickets, a wingless desert locust three times the size of a regular desert locust, marched by the millions clearing 10,000 acres of crops. Cannibals, they march to keep from getting eaten by the locust behind them. The swarm lasted for three weeks.


Rocky Mountains, June 1875, the sun was blocked for five days as the land was infested with Rocky Mountain Locusts. Named Albert’s Storm. Albert Child was a county judge and a weather watcher who measured the swarm with his weather tools. He determined that the swarm was 100 miles wide, 1,800 miles long, and 1.5 miles high, containing 3.5 trillion locusts covering 198,000 miles. 300 thousand acres destroyed.
As the weather cooled the swarms would collect on the railroad tracks to absorb the heat of the sun by day and retain it well into the night. They wouldn’t get out of the way of the train, creating a slippery gooey mess that made train passage precarious.

Farmers tried all sorts of things to scare the insects away. They built trenches and filled them with fire only to have the grasshoppers smother the fires. One survival tactics was to eat the locust. Many pulled the legs and wings and fried them in butter to stay alive.

Only 1 in 10 families were left with enough provisions to last out the winter. Kansas alone lost one third of its population. Folks abandoned their stakes and return to the east, slowing The Oregon Trail flood by 20 percent. 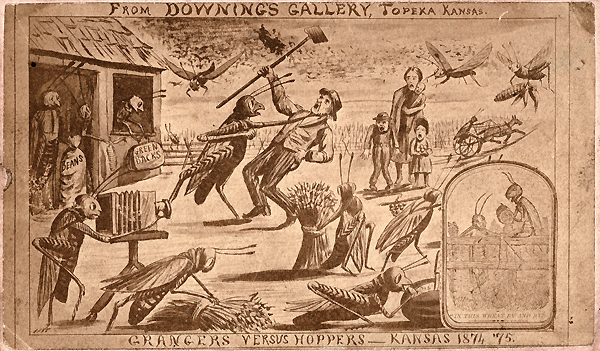 Where is the hope in such news?
People are resilient. People do great things.

Hope:
The first ever organized relief effort preformed by the US Army was in answer to this locust invasion.
During that terrible winter, soldiers distributed thousands of heavy coats, boots, shoes, woolen blanket and nearly 2 million rations to suffering families in Minnesota, Iowa, Nebraska, Kansas, Colorado Territory and Dakota Territory. More importantly, it gave the Army a beginning experience with this type of aid.


Add more hope:
The eggs from this massive storm hatched and were frozen out by an early winter storm and the people passed The Grasshopper Act which made it mandatory for able-bodied men to work for at least 2 days during hatch season to eliminate locust larva or be fined $10.00. On top of that, they offered a bounty of $1.00 a bushel for locust's larva collected. By the 1880s they had recovered enough to resume exports. Some switched to winter crops that could be harvested before the larva hatched.


And the final hope:
The Rocky Mountain Locust is now considered extinct. The last sighting was in 1902 in Canada. The reason they are extinct is still considered a mystery.

With all this crazy, it’s amazing to me that there aren’t more stories of locust invasion in pioneer, western, and settler stories. Hmmmmm. Book idea anyone?
Have you ever experienced any sort of insect invasion? I'd love to hear from you. 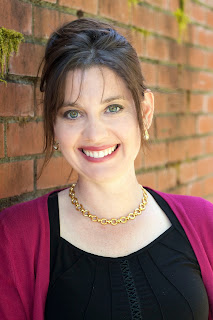 If you've made it this far, I'd like to tell you about something new. I started a podcast. Home for writers, readers and regular Joes. If you are a podcast listener and you need a dose of joy-meets-common sense come on over to Life Caraphrased.

CaraGrandle is a Historical Romance Novelist who prefers to write about the early settlers of the Pacific Northwest. Think trappers and loggers and scroungy-backed woodsmen. She is represented by the Steve Laube Agency. Cara leads the author4TheAuthor writers group on Facebook, home to 190 writers. Together they're pressing back on busy and making a space for their dreams.
Cara is currently out on submission. Follower her journey on her Facebook author page.