Because hope is the theme of most of my novels, I look for happy endings in the real history that inspires my stories. It can be very difficult to find "happy endings" for nineteenth century Native Americans. But searching for them has introduced me to some amazing people.

Susan La Flesche Picotte earned a medical degree from the Woman's Medical College of Pennsylvania in 1889. An Omaha Indian, she became the first Native American physician in U.S. history (thirty-five years before Native Americans were allowed to become U.S. citizens). Picotte married in 1894 and moved to Bancroft, Nebraska, where she set up a private practice serving both white and non-white patients. Two years before her death, she opened a hospital in the Omaha reservation town of Walthill, Nebraska.

Francis LaFlesche, half-brother to Susan, dedicated his life to the study of the Omaha people and their customs. He achieved great distinction as a scientist and scholar, completing two series of studies on the Omaha and Osage tribes, and authoring The Middle Five, an account of his life as a student in the Presbyterian mission school in northeastern Nebraska about the time of the Civil War. This book is regarded by anthropologists as a classic of Native American literature. 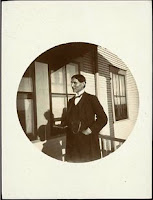 Charles Eastman, a Santee Sioux, was one of the most highly educated and influential Native Americans of his time. Raised to become a hunter-warrior, Eastman graduated from Dartmouth College and Boston University School of Medicine. He served as government physician at the Pine Ridge Agency where he tended casualties of the Wounded Knee Massacre, was Indian Inspector for the Bureau of Indian Affairs and the YMCA, and helped found the Boy Scouts of America.

Susette LaFlesche was educated in the East by missionary 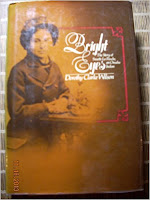 friends and returned to the Omaha reservation in Nebraska to teach. She became embroiled in the controversy surrounding Chief Standing Bear of the Ponca tribe and traveled seeking justice. She addressed vast audiences, testified before Senate committees, and earned the support of luminaries including Oliver Wendell Holmes, William Jennings Bryan, and General George Crook. As the wife of reformer Thomas Tibbles, she lectured in England and fought for Indian citizenship.

Do you have favorite Native American heroes or heroines? Tell us about them! 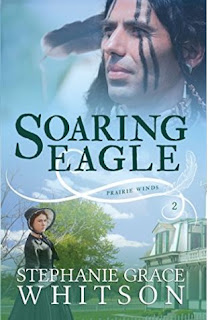 Charles Eastman served as inspiration for Soaring Eagle, the main character in Book 2 of my Prairie Winds Series. Newly released late last year, Soaring Eagle is now available as an ebook. Find it here: https://www.amazon.com/Soaring-Eagle-Prairie-Winds-Book-ebook/dp/B078GDYSQV
Posted by Stephanie Grace Whitson at 12:30 AM