God is There: The Gospel and Immigration

Last summer, I was listening to the news report of a tractor-trailer found in Edinburg, Texas, with nineteen illegal immigrants locked inside. As the heat in the container rose, and with the knowledge of the recent deaths of other immigrants weighing heavily on their minds, one of the immigrants with a cell phone called a relative, who then called 911. All were alive, but less than a month prior, ten immigrants out of a total of thirty-nine died while locked inside a sweltering container in a Walmart parking lot in Houston, Texas.

A search of the internet reveals chilling reports all around the world for refugees and immigrants seeking asylum and a better life for themselves and their children. Replace a few words in those articles like “tractor trailer” with “ship”, “Houston” and “Edinburg” with “Boston” or “Philadelphia” and you’ll be hard-pressed to tell if the horrific plight of these poor souls is occurring today or two hundred years ago.

Whether by land or sea, in centuries past or the twenty-first century, immigration isn’t safe, it isn’t cheap, and it isn’t romantic. It’s often fraught with danger and the very real possibility of losing one’s life before journey’s end. And, more often than not, it’s not by choice, but by necessity.

For centuries, vulnerable immigrants have endured horrifying conditions crossing oceans. Scurvy, raiding pirates, unscrupulous captains, storms, old and dilapidated vessels, and lack of proper food and water put their lives at risk the moment they board until they reached their destination and beyond. 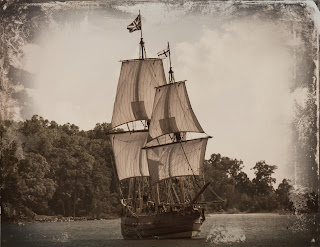 One of the most horrific tales is the story of a ship called the Safflower. The ship and its human cargo of 108 passengers left Belfast, Ireland, in 1741. The captain and all of the crew, save one, died, leaving the helpless passengers floundering in the middle of the ocean without provisions or the knowledge of how to sail the vessel to its destination . . . or anywhere for that matter. Suffice it to say, the horrific fate of many of the passengers on the Seaflower could be likened to the Donner party stranded in the Sierra Nevada in the winter of 1846-47.

Against all odds, the poor souls on the ill-fated death trap were rescued by a ship sailing under His Majesty’s flag, the Success. Sixty-five of the 108 passengers survived and eventually arrived in Boston, barely alive, after being stranded at sea for over sixteen weeks.

I don’t even want to think about it, but I must.

The “coyotes” who barter with people’s lives today are no different from the ship’s captains who dealt in human cargo centuries ago.

When I started writing a series about immigrants in the eighteenth century, it never occurred to me to compare indentured servitude two hundred years ago to the plight of today’s immigrant. 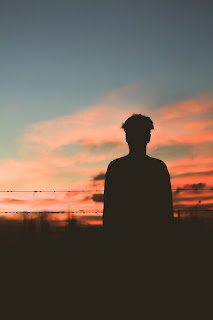 Granted, in the eighteenth century, there was little oversight into who landed on the shores of the new world. There were ships’ manifests, but in many cases, the names were misspelled or butchered due to the various nationalities and languages trying to communicate with each other. But the topic of documentation aside, let’s explore the similarities of the life of an indentured servant from the eighteenth century to the same person in the twenty-first century.

Sometimes it’s hard to look at the big picture when you read of so much suffering. Families are torn apart in Somalia, Syria, Guatemala, Mexico, Iran, Iraq, and Serbia, just to scratch the surface. Two hundred years ago, European immigrants from the United Kingdom, Ireland, Scotland, Germany, Sweden, and Italy put their lives at risk to cross a vast ocean, seeking a better life.

As I ponder how a group of Irish immigrants on a captain-less ship in 1741 could resort to cannibalism then reflect on 2017, when a group of Central and South American immigrants willingly climb into a shipping container and allow someone to lock them in, my heart breaks that people are forced to take such drastic measures.

And I can’t help but ask why.

The top three reasons for immigration are to escape religious persecution, conflict or violence, and natural disasters. Most people don’t emigrate just because they get the urge to move on. They don’t easily decide to stuff their family into a coffin ship or a shipping container, risking life and limb for a chance at a future for themselves and their children.

While natural disasters can’t be predicted or avoided, generally, they are self-contained to a limited area; and other countries willingly use their resources to help—at warp speed, I might add. The other reasons—to escape religious persecution, conflicts and violence—are a bit more predictable as they are caused by the instability of a country and the power-hungry men who run it.

Does this remind you of Joseph’s family in the Bible?

After Joseph was sold into slavery by his brothers, years passed. During a famine, Joseph’s brothers went to Egypt to buy corn. There, they encountered their brother who, by that time, was second only to Pharaoh. A natural disaster forced Jacob’s family to immigrate to Egypt.

When the old Pharaoh died, the next Pharaoh chose to forget Joseph’s role in saving Egypt during the famine. He enslaved the Israelites because he was afraid of their growing numbers. His council advised him to get the Israelites “under his thumb,” as it were, before their numbers grew to the point that they outnumbered the Egyptians and possibly became stronger than the all-powerful Pharaoh. But no matter how hard the Egyptians worked the Israelites, no matter how difficult their tasks, no matter how horrible their lives became under Egyptian rule, God continued to bless his people.

All I have is questions and the assurance that God will continue to bless his people. No matter where the immigrant is or where he goes, if he invites God to make the journey with him, God will go along, and He will be there.

Even in a ship stranded in the ocean in the eighteenth century or a locked shipping container in the sweltering heat of a Texas summer in 2017, God is there. 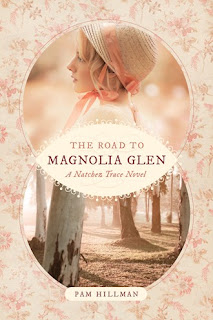 And now Pam would like to unveil the cover for Book #2 in the Natchez Trace Novel series, available for pre-order now!

Quinn offers to escort his charges safely to Breeze Hill Plantation and his brother’s care, fully intending to seek his freedom elsewhere. But the longer he remains, the greater his feelings toward Kiera grow and the more he comes to realize true freedom might be found in sacrifice 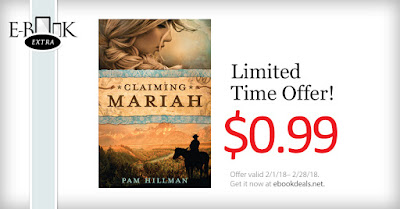 
is Available for 99cents during the month of February!
Click here to purchase Claiming Mariah from your favorite online Retailer