I'm fascinated by anything attached to the gold rush era--whether in California, Alaska, or even the smaller ones in Oregon or Arizona, along with the silver rush in Oregon. That subject figures in a little into a couple of my books, with towns in the Old West where a gold or silver rush is what precipitated the founding of the towns the books were set in--Last Chance, CA, Baker City, Oregon, and Tombstone, Arizona. 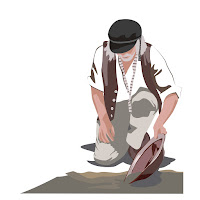 My husband and I watched a documentary on TV a couple of months ago about stern-wheelers in Alaska that brought people and supplies in for the gold rush there. What truly fascinated us was a hard-working, determined couple (A.J. Goddard and his wife) who hired people during the Klondike Gold Rush to help them pack in an entire, small paddle wheeler on their backs and on carts they pulled. A very few parts were able to go on mules, but not many. They made 5 or 6 trips total crossing the Coast Mountain range, all with their supplies and parts of a stern-wheeler strapped to their backs. Talk about perseverance and dedication! They got the stern-wheeler assembled, made a couple of profitable trips with it, then sold it...and a year later it sank in a storm.

The California Gold Rush (1848–1855) began on January 24, 1848, when gold was found by James W. Marshall at Sutter's Mill in Coloma, California.[1] The news of gold brought approximately 300,000 people to California from the rest of the United States and abroad.[2] The sudden influx of immigration and gold into the money supply reinvigorated the American economy, and California became one of the few American states to go directly to statehood without first being a territory, in the Compromise of 1850. At the beginning of the Gold Rush, there was no law regarding property rights in the goldfields and a system of "staking claims" was developed. (thanks to Wikipedia for this info)

There are several ghost towns in California (and other states) as well as towns like Tombstone that would have ended up as a ghost town, if the residents of Tombstone hadn't decided to play up the tourist angle by showcasing their awesome Old West history mid-way through the 1900's, in an effort to save their town. The silver boom there petered out in the early 1900s due to digging deep enough that water started flooding the tunnels. It cost more to continuously pump the water out
than what they were gaining in the sale of silver. You have to wonder with the prices higher now, if it would pay to open those mines again. 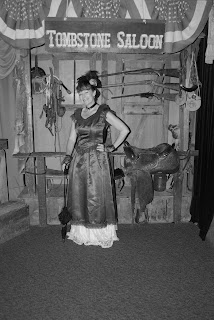 Miralee Ferrell is a best-selling, award winning writer. Most of her books are set in the Old West in the 1800s, but she also has a few contemporary romance novels and 5 middle-grade horse novels. She lives in the Pacific NW, where she also works as the publisher at Mountain Brook Ink (publishing).

Catch any of Miralee's books by checking on Amazon for her entire list or ask in bookstores. Finding Love in Last Chance, CA, is set during the silver mining boom in the mountains north of Auburn, California. It's the first in a series but each can be read on their own.

It's 1877 and Alexia Travers is alone in the world.

Her father has died unexpectedly, leaving her burdened with a heavily mortgaged horse ranch. Marrying one of the town’s all-too-willing bachelors would offer an easy solution, but Alex has no interest in marriage.
Instead, she dons men’s clothing and rides the range, determined to make the ranch a success on her own. Help arrives when Justin Phillips, an acquaintance of her father’s, comes to Last Chance with his young son. Justin'’s and Alex’'s combined effort to save the ranch quickly turns into a fierce competition between cowboy and tomboy.
But when disaster threatens Travers' Ranch, they must work together to save someone they both love. Can these two independent people learn to depend on God —and on each other?
Posted by Miralee Ferrell at 1:00 AM