Last month, I shared about Christmas traditions in the 1700s. If you missed that post, you can read it here: https://www.hhhistory.com/2018/11/new-york-symphony-debuts.html.

This month, I'm going to share about a few favorite facts belonging to my former home state of Delaware. Several of these are likely to surprise you!

Let's chat a bit about Colonial history. How much do you know? Do you have a passion for that era, or is your interest more in the 1800's and early 1900's? Or perhaps you love the Medieval or Biblical time periods and areas before America was born. Regardless of your interest, it's always good to do the research yourself and delve into history on your own instead of leaving it to textbooks, documentaries, or teachers to give you the facts. 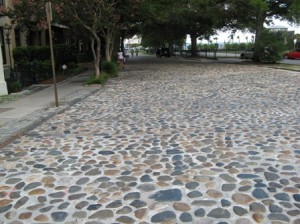 Then there's the original capital city of New Castle, Delaware. Up until the Revolutionary War, it was the county seat for all government, and most of the prominent citizens resided within the town limits or somewhere nearby. Because of its position on the banks of the Delaware River (a river that connected Philadelphia with the Atlantic Ocean), New Castle also became a popular stopping point for supply ships on their way up the river to Wilmington and Philadelphia. * Can you name at least one of the major companies or businesses incorporated in Delaware? Can be present or historical, but it must be a proper name, not the general industry. If you can Google, you can find at least one.

* Have you ever visited a restored or living Colonial town? Which one? What do you remember most about that visit?

* What is your favorite historical era, whether in the United States or another country around the world. Why is it your favorite?

Tiffany Amber Stockton has been crafting and embellishing stories since childhood, when she was accused of having a very active imagination and cited with talking entirely too much. Today, she has honed those childhood skills to become an author and speaker who is also an advocate for literacy as an educational consultant with Usborne Books. On the side, she dabbles in the health & wellness and personal development industry, helping others become their best from the inside out.

She lives with her husband and fellow author, Stuart Vaughn Stockton, along with their two children and two dogs in Colorado. She has sold twenty (21) books so far and is represented by Tamela Hancock Murray of the Steve Laube Agency. You can find her on Facebook, Twitter, GoodReads, and LinkedIn.
Posted by Tiffany Amber Stockton at 1:00 AM