Denton, Texas, is a city that is about 40 miles north of Fort Worth, Texas. A Texas land grant led to the formation of Denton County in 1846. The city was not an early settlement. It was founded in 1857 in order to become the county seat because residents wanted one located near the center of the county. Hiram Cisco, William Woodruff, and William Loving donated 100 acres as the site for the town, which, like the county, was named in honor of John B. Denton. The charter provided for the election of a mayor and five aldermen. J. B. Sawyer was elected the first mayor. 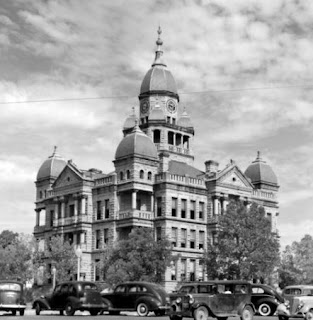 In 1868, the Denton Monitor newspaper began publication. In 1870, Denton (and Texas) was readmitted to the Union after the American Civil War. A fire with a mysterious origin destroyed the courthouse and many of the buildings surrounding the square in 1875. After the destruction of the wooden buildings, most of the new buildings in Denton were built of brick. 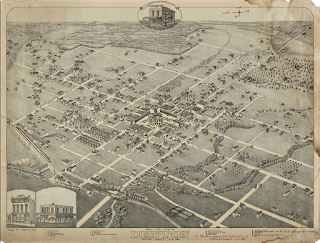 By 1880, the city had reached a population of 1,194. But in the decade of the 1880's the city experienced its largest percentage growth in any decade up to the 1980s. The population more than doubled, to 2,558 in 1890, as the Texas and Pacific Railway from Sherman to Fort Worth and the Missouri, Kansas and Texas to Dallas, both completed in 1881, gave the city a rail outlet. Unfortunately, both of those railroads were only north/south lines. They had no connection with east/west rail lines.

In 1882, the Denton Chronicle newspaper began publication, making Denton a two-newspaper town. That year, the fire station was built.

In 1884, the first public school, which was secondary as well as elementary, opened in a two-story building near downtown. Ten years later the public school received the equivalent of accreditation by becoming affiliated with the University of Texas. Only about a decade later, with the establishment of two colleges, Denton became known as a college town.

On July 3, 1895, the Commissioners’ Court authorized the construction of a new building specifying “the Romanesque style of Architecture for the Denton County Courthouse.”

I found the history of Denton so fascinating that I set one of my books in that city in 1896. Have you visited Denton, Texas? Is there another Texas town that's your favorite?

I'm giving away a copy of Esther's Temptation. Leave a comment and your email to be entered in the drawing. 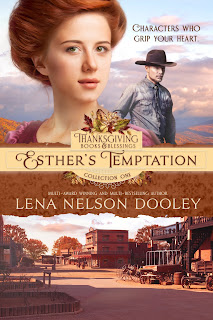 Saddle weary, former deputy US Marshal Jac Andrews rides into Denton, Texas. He’d hunted a swindler and his daughter—or identical twin daughters if Jac is right—and he feels he finally has caught up with this criminal gang. Unfortunately, He is immediately distracted by the lovely redhead, Esther Brians.

Esther, feeling like an old maid surrounded by all her close friends who are happily married couples, is drawn to the intense gaze, blue as the Texas sky, of an unknown cowboy. But several things cause her to become wary of his intentions—and his spiritual well-being. 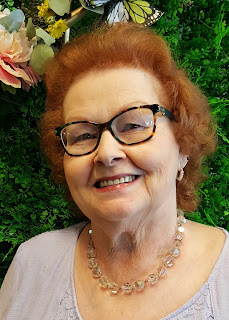 Multi-published author Lena Nelson Dooley has had more than 950,000 copies of her books sold. She is a member of ACFW and the local chapter, ACFW – DFW, and a member of Christian Authors’ Network and Gateway Church in Southlake, Texas. She has been on the ECPA and CBA Bestseller lists, Publisher’s Weekly bestseller list, and several Amazon Bestseller lists as well as a reviewer’s Top Ten Books of 2011. She has won over a dozen major awards. She hosts “The Lena Nelson Dooley Show” on the Along Came a Writer Blogtalk radio network.
Posted by Vickie McDonough at 12:30 AM