Mary Ann Aldersey was born into a wealthy British Protestant family in 1797. Her father was an elder in the Congregational church in which she was brought up. In her late teens she reached out to those in less fortunate London area neighborhoods.

When she was 25, her mother passed away and her father’s expectations included her tending to the household for him. In 1824, she began attending Chinese language classes from Robert Morrison, the first Protestant missionary to China. Since Morrison worked in the Classical Chinese, Cantonese, and Nanjing Mandarin dialects, Mary Ann may have learned any one of these!

She became friends with Maria Tarn, the daughter of one of the London Missionary Society’s directors. Along with Morrison’s other students, Mary Ann believed she was called to work in China. Her father wouldn’t allow her to go and so she waited and donated to the cause of two other women traveling to work in China.

In 1834 she became one of the earliest members of the Society for Promoting Female Education in the East (SPFEE). She continued to be supportive of the efforts of others, but when she finally had the opportunity to go, her brother was widowed and left with several children. One source said he had five and another said eight. Either way, Mary Ann’s dream to follow her calling was delayed once again. Around the time she turned 40, her brother remarried and she was free to pursue her calling.

In 1837, Mary Ann traveled to Java with a missionary couple and settled in Surabaya where she set up a school for Malay Chinese girls. Though she was in the Muslim country of Indonesia they didn’t see her as a threat since she was a woman.

Because foreign travel wasn’t allowed for a time in China, it wasn’t until 1843 that Mary Ann Aldersey settled in Ningbo with her 14-year-old ward, Mary Leisk, a Scottish merchant’s daughter. They were met by two of her Malay-Chinese students, whom she called Ati and Kit. Mary Ann had helped them escape their homes for fear of persecution because of their conversion to the Christian faith.

Since Mary Ann didn’t speak the Ningbo dialect very well and brought her British culture with her, Ati and Kit helped build trust with the people of the area. At first, the locals were leery of leaving their daughters in Miss Aldersey's charge. In fact, she faced much distrust and persecution when she first arrived in Ningbo. Rumors circulated that she spoke with the spirit world as she took her walks for her health in the early morning. As someone would lead the way for her with a lantern, it would have added to the aura of mystery about her. They even went as far to say she ate the children under her tutelage! Kit and Ati’s steadfast presence may have helped change their minds. Mary also proved to be a great asset as she learned the language and got to know the people.

Mary Ann’s school grew and she moved to a large house—one big enough to make a boarding school for 50 girls. One of her students was San Avong. She was a smart little girl of nine-years-old who’d been betrothed to a grown man. She had accepted Christ and when she married in 1848, Miss Aldersey made sure San Avong and her betrothed were married in a Christian ceremony and she wasn't required to worship idols. The teacher supported the student through years of difficulty with her pagan husband’s family, and when he died a few years later, Mary Ann rescued San Avong from being sold to a non-Christian man in another town and brought her again under her own roof.

San Avong learned English and worked hard to make a difference at the school, aiding Mary Ann as a teacher. San Avong also removed the bandages from her feet and provided an example to the other girls. At that time, little girls feet were broken and the four smaller toes on each foot were to be bound underneath when they were two or three. The desired outcome was a smaller foot referred to as a “golden lotus.” In reality, Chinese women endured much pain and inability to walk very far due to this practice.


Eventually, Mary Ann found San Avong a good husband, a Chinese man who’d been rescued from opium addiction by missionary doctor. He then became a preacher.

Though Miss Aldersey had never been married it didn’t stop her from matchmaking for those closest to her. She found good Chinese Christian husbands for both Ati and Kit.

Mary Leisk married Rev. William Russell. Once these young ladies were settled in their own homes, two young British women came to help her, Burella and Maria Dyer, the daughters of her old friend, Maria Tarn Dyer.

One match she opposed was Maria Dyer and James Hudson Taylor. Mary Ann didn’t approve of Taylor’s way of adapting to the culture and dress of the Chinese people he was trying to reach with the Gospel. She maintained a very proper British household and thought other missionaries should do the same. Nevertheless, Maria Dyer fell in love with and married Taylor who would later found the China Inland Mission in 1866.

Though maintaining her proper Victorian ways Mary Ann did reach out to the people in Ningbo with love and care. There is evidence that they grew to be fond of her and held her in high regard.

After leaving the school in 1857, Mary Ann continued her missionary outreach to others, supporting a blind missionary, overseeing Chinese evangelists, and spurring on the creation of other girls’ schools by Chinese women. She went to live with the Russells after retiring from the school and giving it over to American Presbyterians.

In 1860, Mary Ann left China to join her brother and his family in Australia. She continued to minister to the sick and needy there until she died in 1868. She had not only been the first to start a girls’ school in China but also the first single female missionary sent there.

For more thorough information about Mary Ann Aldersey and her mission work, as well as a portrait visit Pip's Patch on the web! 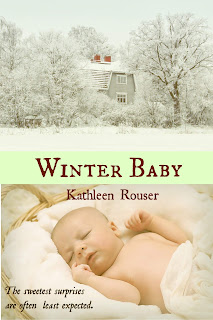 Would you like to receive a free novelette that takes place between Rumors and Promises and Secrets and Wishes?

Get the FREE STORY.

Winter Baby
When Reverend Ian McCormick felt called to begin a home for unwed mothers and also help with building the Myleses’s orphanage, he didn’t know what he’d bargained for. When his wife, Sophie, discovers a baby left in a basket on their front porch, they are faced with decisions they didn’t expect. Yet . . . a baby's sweetness is enough to soften the most embittered hearts.