Hello HHH fans! I hope your holiday season was a good one and your new year has gotten off to a wonderful start. 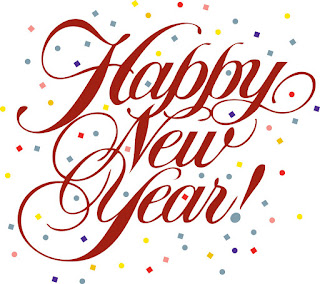 In November, I wrote about the Sand Creek Massacre—the event I based my upcoming March release on. But I didn’t really delve into the backgrounds and personalities of the major players in the event. There were many historical figures, and every one of them is interesting in his own way. So for the next couple of months, I’d like to tell you about some of them.

The first is John Chivington—the colonel who led the attack against the Cheyenne and Arapaho camp.

John Chivington was born in Ohio on January 27, 1821, and at the age of 23 became a Methodist minister. After being ordained, he was sent from Ohio to Illinois, where he served for a decade. As his time in Illinois came to a close, he moved on to Kansas, where he served as a missionary to the Huron tribe in 1853. Unfortunately for Chivington, his long-held abolitionist views led to conflicts there during the ever-increasing volatility between the “Broder Ruffians” (pro-slavery people) and “Free-Staters” (anti-slavery people). Because his beliefs put him in danger, a group Chivington’s friends suggested he might be better served to head to Nebraska, which he did. After serving for a year at the Omaha Parish, he moved on and eventually made it to Denver, Colorado. There, he served as the Presiding Elder over the Rocky Mountain District, but his troubles continued. Within two years, they chose not to re-elected him to the position, and history shows that he was “located”—or retired—from ministry. One history even goes so far as to say that Chivington’s demeanor wasn’t the best suited for ministerial work, and it left his friends scrambling to keep his reputation intact.

With the outbreak of the Civil War, Chivington was offered a commission as a chaplain in the Union army. He refused so that, instead, he could bear arms. He was given a commission as a major in the 1st Colorado Volunteers and by 1862, found himself in the New Mexico and Arizona Territories, fighting off invading Confederates. In March of that year, Chivington and the detachment he led surprised several hundred Confederates, of which, they captured seventy-five. It was later said by one of the captured chaplains that Chivington had a dark side—he threatened to kill the prisoners, though he never followed through on the threat.

With that victory in hand, Chivington and his men were sent to circle around behind the enemy at Glorietta Pass. The men waited for the agreed-upon sign to engage, but when it didn’t come, the men stumbled upon the Confederate supply wagons at a nearby ranch. Chivington’s detachment left their post and went to burn the supplies. By the time they returned, the Battle of Glorietta Pass was over. The Union forces had lost. This might have turned out very badly for Chivington except that, without the supplies Chivington’s men had just burned, the Confederate forces were unable to continue. Instead, they stole back into Texas and weren’t heard from again in that area. So Chivington’s mistake ended up being celebrated as a great victory, and the following month, he was elevated to the rank of Colonel in the 1stColorado Cavalry.

It was around this same time that Major Ned Wynkoop began brokering a peace deal with Chiefs Black Kettle and Left Hand. I’m sure it came as a surprise to have the major of Fort Lyon show up in Denver with a contingent of Cheyenne and Arapaho, requesting peace talks! In order to save face, Chivington and Governor Evans agreed to the talks, but they never intended to follow through. Instead, they made a show of the talks, then sent the Indians back to await further word from the Army about their peace treaty.

Time was ticking for the 100-day contracts of the 3rd Colorado Cavalry, and Chivington was intent upon giving the men a chance to prove themselves in battle. So he and 550 of his men set out from Denver, made it to Fort Lyon on the morning of November 28. Gathering the 150 or so troops at Fort Lyon, the now-700-man force rode out later that evening to slaughter the encampment of Indians to which they’d promised a peace treaty. You can read further details of the attack here.

So what happened to Colonel Chivington after the massacre? At first, he returned to Denver a hero, but many of the troops from Fort Lyon who had been forced to participate against their wills in this gruesome attack reported the wrongdoing. Very soon, the tables turned. A Congressional investigation was opened on the matter, and survivors and participants of the attack were called to testify. It was found that Chivington acted wrongly, and he was condemned for the episode. However, due to the fact that he’d already resigned from the Army, he could not be prosecuted. Also, the men of the 3rdColorado Cavalry could not be touched since their 100-day contracts had expired. So no one ever directly paid a price for the slaughter of the Cheyenne and Arapaho people at Sand Creek.

After his resignation from the Army, Chivington’s adult son Thomas died in Nebraska. Upon his son’s death, Chivington returned to Omaha to oversee the details of his estate and ended up seducing, then marrying his daughter-in-law, Sarah. Within a handful of years, she filed for a divorce, stating the separation was due to non-support and that she didn’t wish to be married to a criminal. The shadow of Chivington’s past deeds at Sand Creek followed him, and he failed at being a freight hauler, kept him out of public office, and at least at times, left him seeking to beg and borrow money from family and friends. To his dying day, he continued to state that the Sand Creek campaign was a great success.

In an interesting turn of events, The General Conference of the Methodist Church issued a formal apology to the Southern Cheyenne in 1996 due to the actions of a “prominent Methodist.”

It’s Your Turn: Do you enjoy learning the “behind the scenes” stories of historical figures, even when they are the villains of a historical episode such as the Sand Creek Massacre?