Jesse James: It's In the DNA

I don’t know if this happens to other writers, but I’ve had some strange things happen during the writing of a book.  I once turned a manuscript into my editor at the same time another writer turned in hers.  Oddly, enough, our protagonists shared the same first names and professions.  There were also many other similarities throughout our manuscripts, and all had to be changed.
Another time I was hiking a trail in Mammoth when I met a geologist who was the spitting image of the geologist hero in the book I was working on.  Even weirder, his first name was Damian and I’d named my hero Damon. Close enough, right? 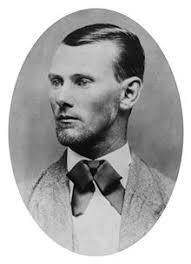 But the strangest thing that happened occurred recently. I’d been toying with the idea of taking a DNA Ancestry test for quite some time, so my daughter decided to gift me with one for Christmas.  The results were pretty much what I expected, with one surprise. It turns out that the outlaw Jesse James and I share a common ancestor.
The timing was especially weird since Jesse James played a major role in the book I had just completed. Come to think of it, it’s not the first time Jesse James had popped up in one of my books, and I can’t count how many blogs I’ve written about the outlaw.
That’s because Jesse is an interesting person to write about. He’s been the subject of many movies and books and that’s made it difficult to separate fact from fiction. Not only was he controversial, he had both a light and dark side. 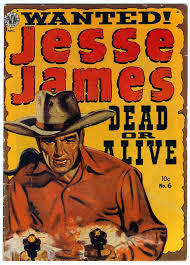 The son of a Baptist minister, Jesse loved publicity and was known to pass out press releases to witnesses at his holdups. He had no qualms about exaggerating his exploits and even his height.  He might also be the only person on record to have taken his gang on his honeymoon. I don’t know what his bride did while and he and his gang robbed a stage.  Maybe she went shopping.
Though he lived for only thirty-four years, there was never a dull moment. Jesse James was a Confederate guerrilla, survived two bullets to the chest and once overdosed on morphine. He also claimed to have murdered seventeen people, though some think that’s also an exaggeration on his part.
He went by many aliases, but his nickname was Dingus because he shot off the tip of his finger while cleaning his pistol.  He wrote glowing articles about his gang, saying that they robbed the rich and gave to the poor, though all indications are that they kept the spoils to themselves.
Far as I know, he was also the first person to prove that housework can kill.  While tidying up his house, he was shot by his new hire Bob Ford in the back of the head.
I can’t tell you what it was about Jesse James that first caught my interest.  I can’t even tell you why this writer, who’s allergic to horses, writes Westerns.  All I can say, is that it must be in my DNA.
Have any of you had your DNA tested?  If so, were there any surprises that you’d be willing to share? 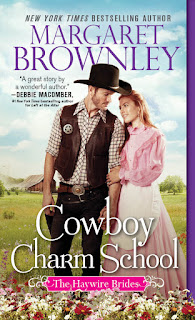