Not all of 19th Century wealthy lived on the northside of Chicago which was ravaged by the Great Chicago Fire of 1871. On the city’s southside, most likely because of strong southerly winds that pushed the flames north, Prairie Avenue escaped the fire, saving the large mansions that had already been built on that street.

After the fire, many of the wealthy who had lost their homes in the conflagration chose to rebuild on Prairie Avenue, and it was soon to be labeled the most expensive street west of Fifth Avenue (referring to the New York City street, of course). Quite a change from when the street began life as an Indian trail between Fort Wayne, Indiana and Fort Dearborn (Chicago’s location) in Illinois. It later became a major trail for horseback riders and carriages. By the late 1870s, some of the most influential movers and shakers of the city had moved to Prairie Avenue, including George Pullman, Marshall Field, John J. Glessner and Philip Armour. Soon, the street acquired a second nickname: Millionaires Row.

As time moved on the City of Chicago grew past the boundaries of the wealthy neighborhood, surrounding it with warehouses and factories, many of the street’s occupants moved to fancy homes along the shore of Lake Michigan north of downtown called the Gold Coast. The mansions remained, but some fell into disrepair and many were torn down. However, the remaining homes, including the Glessner estate, were salvaged and restored and a six-block stretch of Prairie Avenue is now a protected historic district.

In its hey-day, Prairie Avenue was truly the place to live for those of considerable wealth. Its residents contributed a great deal to the city, especially during the time following the Great Fire. The Pullman Car Company and the Armour Meat Company employed thousands of workers, and Marshall Field’s department store changed the way people shopped. The large store helped make Chicago’s State Street become a shopping magnet as other retail department stores like Carson, Pirie and Scott built there stores there. Right now I have that old song Frank Sinatra used to sing about Chicago and the lyrics, “State Street, that great street,” running through my head.


Today, the neighborhood is experiencing a revival as the old buildings are being restored. If you are ever in Chicago and want to get a taste of historical Chicago and the way the well-to-do lived at the end of the 19th Century, you don’t want to miss visiting Prairie Avenue. The Glessner House is open for tours. You can read more about Prairie Avenue at this site that contains a lot of links to other websites about the neighborhood: http://www.pdnachicago.com/page07.php

Have you ever been to Prairie Avenue or toured Glessner House? 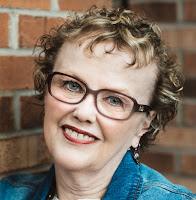 Pamela has written most of her life, beginning with her first diary at age eight. Her novels include Thyme For Love, Surprised by Love in Lake Geneva, Wisconsin and Second Chance Love. Future novels include Shelter Bay, Book 2 in her Newport of the West series set in her hometown of Lake Geneva, Wisconsin. Her newest release is a contemporary novel, Whatever is True She lives in northeastern Illinois with her two rescue cats.

Releasing May 28, 2019, Shelter Bay, Book Two in the Newport of the West series. 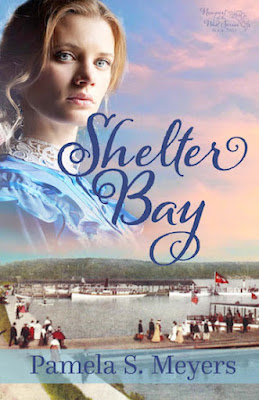