Invitation to a Hanging

Ah, research. Don't you just love it?  It takes us to all sort of places we never expected to go. Recently while researching nineteenth century wedding invitations I came across an invitation to a hanging. 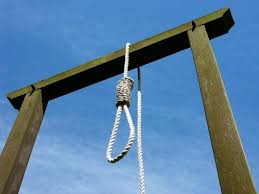 It surprised me to learn that written invitations for neck-tie parties were not all that unusual.  When nineteenth century hangings went from being public spectacles to private affairs, the burden of inviting law enforcement officers, jurors and other public figures to the proceedings was the sheriff's responsibility. What better way to spread the word than to send out printed cards?

These invitations were valued and any community leader not on the receiving end was insulted.
For the most part, respectful fonts and paper were employed for the macabre task. Though most invitations were hand-written, a surprising number were engraved.

Some went over the line in poor taste.  But few were as tactless as  the invitation written by Sheriff Wattron of Navajo County   He had the task of sending out invitations for the hanging of George Smiley for murder. Here's the actual invitation: 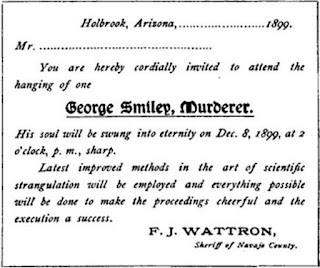 Not only did the lawman use paper with a bright gold border, his tacky choice of words stirred a controversy that reached the White House. Somehow the invitation got into the hands of a journalist who saw that it was printed and newspaper across the country and abroad printed the story. President McKinley was so incensed by what he read he issued a thirty day stay of execution.

The Governor of Arizona addressed the issue by writing the following:

"The Sheriff of Navajo County, whose duty it is to execute the condemned and bring about the just expiation of an awful crime, has seen fit to publicly advertise and issue cards of invitation to the execution of the condemned, in unseemly and flippant language, and in terms which have brought reproach upon the good name of this Territory."

Bending under the pressure, Sheriff Wattron rewrote the invitation and was careful to include a respectful black border. However, he showed his displeasure by mailing the invitations too late for the governor and other critics to attend.

The second invitation was a vast improvement over the first, but somehow you get the feeling that it was written under protest.

"With feelings of profound sorrow and regret, I hereby invite you to attend and witness the private, decent and humane execution of a human being; name, George Smiley, crime, murder."

The sheriff ended the invitation by urging guests to "deport yourself in a respectful manner."

So now you know why nobody laughed at Smiley's hanging.


What is the most unusual invitation you've received?
I don't know if this qualifies, but I just received my first invitation to a gender-neutral baby shower. I think that means nothing pink or blue. 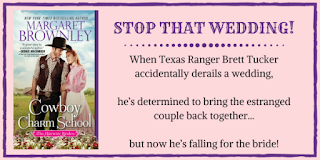 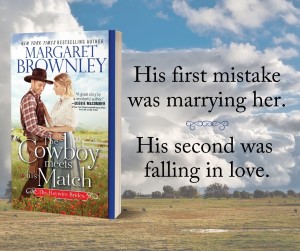 The Cowboy Meets his Match
Amazon
B&N
Posted by Margaret Brownley at 1:00 AM