The Allure of the Harvey Girls by Donna Schlachter -- with a Giveaway!

Welcome to Heroes, Heroines, and History. Read all the way through the post to find out how to leave a comment and be entered into a random drawing for a print copy (US only) of MissAdventure Brides Collection, which includes my story, Detours of the Heart.

The idea for the story came from research on the Harvey House. Created by Fred Harvey, Sr, 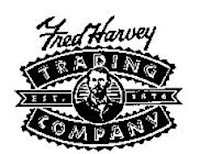 as an alternative to the seedy hotels and restaurants springing up along America’s railroads in the 1870’s, the Harvey House restaurants filled a huge need: Until Mr. Harvey and his iconic restaurants came along, it was virtually impossible to get a decent meal anywhere along the tracks.

But beginning in 1876, the Harvey House chain of restaurants changed all that. Mr. Harvey hired professional chefs, and in the beginning, personally trained the front-of-house staff, including the servers, busboys, and managers.

Up until then, girls who worked in restaurants were but a half-step—morally, at least—above soiled doves. Or so folks thought. Mr. Harvey wanted to create a safe and clean place to eat for the passengers on the trains, so he hired only young, clean, unmarried girls, mostly between the ages of 18 and 30. They had to sign a year-long contract, couldn’t date or court, had to meet curfew, had to work hard, and had to demonstrate good moral character. Passengers were promised their meals in 30 minutes or less, because the train would stop to allow them to eat and had a schedule to keep. If a meal took longer than that, somebody had to answer directly to Mr. Harvey.


While doing research for the first book, I came across an interesting reference to Mr. Harvey’s love of all things Southwestern. In fact, he acquired one of the largest collections of early-19th-century native artifacts.

As the years went past, Mr. Harvey added hotels to his business line, and soon added gift shops in these hotels. In the Southwest, he realized passengers were enthralled with the native American culture they saw evidence of but had no real contact with, so in the early 1920’s, he established the Southwestern Indian Detours. These tours provided a bus ride out to a local Indian reservation where they could meet with the natives, see them at work, and purchase their goods such as woven blankets, clay pots, leather goods, and jewelry. Eventually, he carried similar items in his gift shops for those who either didn’t or couldn’t take the tours. As with all things good, counterfeiting soon sprang up, which troubled Mr. Harvey greatly, as he saw that such a practice would devalue the culture as well as the products.

The entire Harvey House culture spanned about 100 years of our country’s history, ending in the late 1960’s when passenger trains began including dining cars, negating the need for trains to stop for meals. There are still a few original buildings left standing which have now been repurposed, and
many museums criss-cross the states between Kansas and California.


Perhaps one of the most endearing facts about the Harvey House and its “Girls” is that many of them started working for Mr. Harvey in hopes of meeting a rich passenger from a train who would marry them and take them elsewhere. However, most ended up renewing their contracts many times. One of the longest-serving Harvey Girls worked for the company in excess of 25 years.

Giveaway: which do you prefer: history or mystery? Leave a comment to be entered into a random drawing for a print copy (US only) of the MissAdventure Brides Collection.

Donna lives in Denver with husband Patrick. She writes historical suspense under her own name, and contemporary suspense under her alter ego of Leeann Betts, and has been published more than 30 times in novellas and full-length novels. She is a member of American Christian Fiction Writers, Writers on the Rock, Christian Authors Network, and Sisters In Crime; facilitates a critique group, and teaches writing classes. Donna ghostwrites, edits, and judges in writing contests. She loves history and research, and travels extensively for both. She is represented by Terrie Wolf of AKA Literary Management.

About MissAdventure Brides Collection: These seven daring damsels don’t let the norms of their eras hold them back from adventure.

About Detours of the Heart: A tour guide who wants to move on, a playboy who’s never had a place to call home—can they overcome their own plans and allow God to make their path straight, or will they take yet another detour?