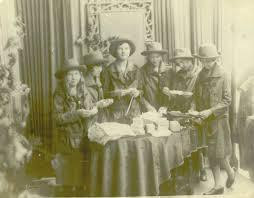 Today, I'm very happy to welcome fellow author Patty Smith Hall, who will share an interesting story about Girl Guides. Leave a comment at the end for a chance to win a drawing of our new novella, Crinoline Cowboys, which is coming out in five weeks.

Thank you for having me today, Marilyn.

You’ve probably heard of Mati Hari, and how Julia Child spied for the Allies during World War II, but recently, I discovered a group of females that ‘spied’ for the MI5 from the second year of World War I to the palace of Versailles where the treaty was signed. This group of patriots have been kept secret since their service until last November on the hundredth-year anniversary of the end of World War I. So, who am I talking about?

The Girl Guides or as we know them in the United States, the Girl Scouts!

The Beginning
When Great Britain entered the war in August of 1914, their secret service agency, the MI5 faced a daunting challenge. German spies had infiltrated the country, seeking information regarding troop movement and battle plans. English men were scarce, so the MI5 turned to an unexpected source for help—the Boy Scouts. But problems arose. The boys were loud and bragged to their friends about their position with the MI5 which in turn, put the boys in danger. It was then that MI5 turned to the Girl Guides for help.

The Girl Guides weren’t idle during the first year of the war. Many of them learned to hunt and fish to provide food for families in their communities. Some learned medical skills and volunteered to drive ambulances at the front. Even the youngest members were involved with making and rolling bandages. But serving with the MI5 was something even the organization’s leaders hadn’t considered. 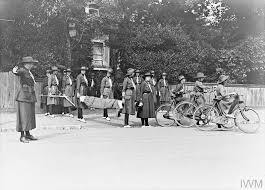 Qualifications of a Girl Guide Spy
First, the ninety girls chosen had to be between fourteen and sixteen years old, and in good standing with their troop. They needed to be quick, cheerful, and willing to do the work, swearing on their honor never to read any of the messages or paperwork they carried. They also had to sign a statement saying they had permission to serve from both parents as well as the Girl Guide leader who recommended them. After they were accepted, the girls served a three-month probational period, earning 30 pence (37 cents American) a week with dinner and tea included. They alternated working 9-6 or 10-7 and every other Sunday. The girls were allowed a week off during the summer as well as a short break at Easter and Christmas.

Not Your Ordinary Workday
The girls reported to Waterloo house or one of the other two houses used. They would dust, fill inkwells and disinfect phones during their first hour of work. After that, they would collect documents and post them, deliver messages at various areas around London, sort cards, collect paperwork to be burned and repair typewriters. They also delivered secret messages verbally.

By January 1916, the Girl Guides had proved to be so valuable to the MI5, they were giving their own company within the organization. Each patrol was assigned a different floor of the headquarters to work.

When the war ended, a select group of Girl Guides were taken by the British delegation to France for the peace treaty deliberations where they ran errands and delivered messages to the parties involved. After the peace treaty was signed, the girls returned home. Yet, very few talked about their time with the MI5 or their contributions toward winning the war.

Have you ever heard of Girl Guides before? Were you in Girl Scouts? 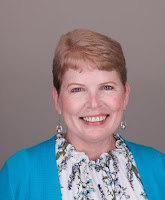 Multi-published author Patty Smith Hall lives near the North Georgia Mountains with her husband, Danny. When she’s not writing on her back porch, she’s spending time with her family or working in her vegetable garden.

A Cowboy of Her Own by Patty Smith Hall

Bookish southern belle Madalyn Turner knows what she wants—to be a cowboy and own a Texas ranch. But books are far different from real life and soon she realizes she needs help.