The Sun Never Sets On...

Last month, I share a little above short stories and novellas. Ironically, that was also the topic of the workshop I provided for the At-Home Conference for ACFW (American Fiction Christian Writers).  If you missed that post, you can read it here: https://www.hhhistory.com/2019/09/dime-novels-short-stories.html.

Since writing has slowed for the time being, I decided to dip my toe back into the teaching arena last year and cover for absent teachers at my kids' school from time to time. As a former teacher, this puts me back doing something I used to love without the long-term commitment. One of those days was just last week when I covered for a 7th and 8th grade History teacher. The students were preparing for a big exam, so we played a version of Jeopardy to help them review.

The topic? The British Empire over the past 300-400 years. I'm always amazed at just how wide their influence is in the world, so I thought it would be a fun topic to cover for this month.


THE SUN NEVER SETS ON THE BRITISH EMPIRE 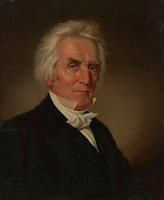 Do you know who is known for saying that famous quote?

The phrase was first made by Fray Francisco de Ugalde to King Charles 1. In 1852, Alexander Campbell used the phrase to express the dominion of Britain and America.

Between the 18th and 20th century, the British Empire acquired more and more territories, making it the largest empire in history. During this time, it was also the most powerful. The Empire had establishments in Africa, Asia, Europe, America, and numerous islands across the globe. In fact, nearly 25% of the earth's landmass was in control of the British. The region was so extensive that at any one time there was daylight in at least one of the territories.

In the late 15th and 16th centuries, the Age of Exploration saw explorers from many different countries. In spite of Spain and Portugal being the first to conduct global explorations through voyage, the British soldiers were far more organized. They attacked the forts and trade posts of other Europeans, and eventually took control of the Americas. Then, a decree went out that only British ships could trade with the English colonies. That about sealed the deal for the British Empire, taking control of the trade routes.

However, this reign started waning around the turn of the 20th century. The United States and many others had gained independence from Britain. That, combined with ongoing rivalries with Spain, Portugal, France, and Russia weakened the Empire. 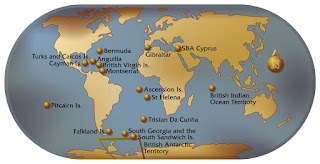 So, what about today? Does the sun still not set on areas controlled by the Crown? I mean, no one really calls it an "empire" anymore, but you might be surprised to know this phrase is still true today. Although it's a much smaller landmass area, the Crown still maintains control of some key areas (namely the Pitcairn Islands in the South Pacific and a military outpost in the Chagos Islands in the Indian Ocean) which continue to allow it to have "global" power.

I guess it shouldn't come as much surprise that the English language is the most widely-spoken around the world and is the principle language of business. Even going back as far as the exploration voyages, English/British influence could be found everywhere.

I don't know about you, but I don't mind the influence...as long as I don't have to call the trunk of my car a "boot" or the hood a "bonnet."

* What words or phrases do you know that are part of the English language, but they are distinctly British in dialect?

* Name one thing in your life that exists because of British influence.

Leave answers to these questions or any comments on the post below. Come back on the 9th of November for my next appearance.

She lives with her husband and fellow author, Stuart Vaughn Stockton, along with their two children and three dogs in Colorado. She has sold twenty (21) books so far and is represented by Tamela Hancock Murray of the Steve Laube Agency. You can find her on Facebook and GoodReads.
Posted by Tiffany Amber Stockton at 1:00 AM