Two Heroines of the Titanic

We all know of Margaret Brown, famous for the moniker, the Unsinkable Molly Brown, bestowed upon her posthumously. But there was another heroine of the Titanic who lived across the Atlantic known as the Countess of Rothes, (pronounced Roth-ez). Lucy Noel Martha Leslie was every bit as selfless as her American counterpart. Let's compare the two. 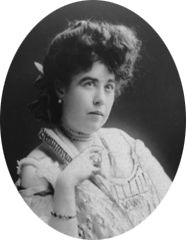 Margaret, who preferred the nickname Maggie over Molly, began her life humbly, born on July 18, 1867 of Irish/Catholic ancestry in Hannibal, Missouri. She worked in a factory until she followed her brother to Colorado where she found employment in a department store. She had said she was fine with marrying a poor man because she wanted love over wealth. She, of course, met James J.J. Brown when he was employed by the Little Johnny Mine. He developed a system to dig deeper in the mine and ultimately helped the company to strike it rich. He was promoted and compensated greatly, earning himself and Maggie a spot among the elite. 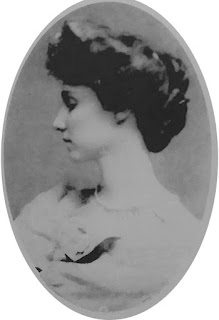 Noelle, who preferred this spelling over Noel, was born on Christmas Day, 1878 to a family of means in Kensington, London. She would later marry the Earl of Rothes and claim the title of Countess.

Despite their diverse beginnings, both women became philanthropists, helping to better their communities. Maggie worked with families and children, particularly of the mining community. She helped to improve schools and managed to change laws benefitting children. Noelle used her fundraising skills to benefit schools and organizations such as a school for blind girls, the YMCA Bazaar, and the Children's Guild, plus she assisted in planning costume balls and garden parties which would help provide wholesome milk to poor families. 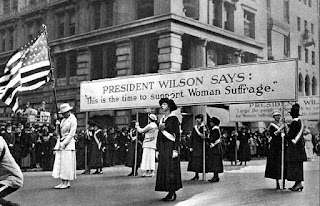 Maggie's interest turned political as she ran for the state senate at a time when women were suppressed in that area and eventually ended up being instrumental in the passing of Amendment 19 which gave women the right to vote. Noelle also actively fought for the suffrage movement, chairing several chapters of the Women's Unionist Association.

Noelle's path led to medical endeavors, leading to a long association with the Red Cross. She established a branch of the Red Cross by donating three ambulances. In post World War I, Maggie helped the American Committee for Devastated France provide medical care and rebuild desolated villages, earning her the prestigious Légion d’Honneur.

These comparisons also go as far as their creative interests. Noelle enjoyed amateur acting on a local level and Maggie, in her later years, became a stage actress in both Paris and New York.

Even on the R.M.S. Titanic, these formidable women took charge in similar manners. 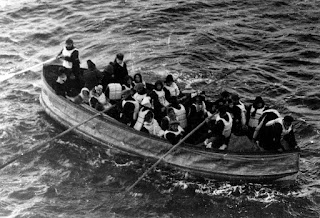 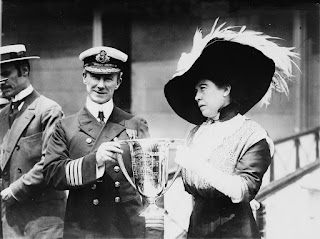 Margaret Tobin Brown, wife of a mining magnet, and a social activist and philanthropist in her own right, refused to board a lifeboat until she had helped many others get on board. Once coerced into a boat, she quickly took charge, butting heads with the quartermaster who refused to go back to look for survivors. She provided comfort, even stripping off her warm layers of clothing to wrap around some of the frightened and freezing women and children. Once aboard the rescue ship, the R.M.S. Carpathia, she collected money from the wealthy survivors to help the poor who would no doubt struggle once they made port. 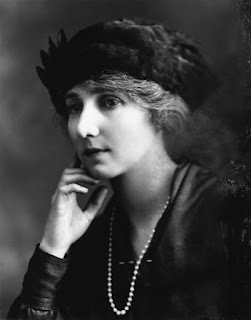 Lucy Noelle Martha Leslie, Countess of Rothes, wife of the Earl of Rothes, entered her lifeboat willingly, but her leadership skills and influential way of speaking quickly earned her a spot at the tiller, steering the boat out of danger. She remained there for hours until it was evident she was needed to console a young Spanish newlywed and another woman took over for her. Noelle continued to row through the night, all the while providing comforting words to the devastated women around her. When she boarded the Carpathia, she committed to helping those who had been in steerage, considered the lowest of the low, even sewing clothes for the children.


Both Noelle and Maggie spoke other languages fluently, and as a result, each were able to speak to those around them, bridging the language barrier to get them much needed help.


These two women, titanic in their own right, have made their marks in history in similar ways. Born leaders, they were stubborn in their convictions with hearts that have touched every level of society, from the most deprived to the most advantaged. As first-class passengers, they must have crossed paths at this momentous juncture. How had that conversation gone? Did they like each other? Did they compare their accomplishments? Or did they simply nod their pleasantries as they passed by on deck?

The fateful sailing became merely a blip in their already interesting lives. Ah, to aspire to such greatness that one could look back and say, "Oh, and yes, I was also on the Titanic."

In my book, Titanic: Legacy of Betrayal, my friend and co-author, Paula Moldenhauer, wrote the historic portion of the book. The story is written as contemporary with historical overtones. Of course, we had to include The Unsinkable Mrs. Brown. Her counterpart, however, The Countess of Rothes, remained elusive until my research for this article. Please check it out below!


TITANIC: LEGACY OF BETRAYAL
A secret. A key. Much was buried on the Titanic, but now it's time for resurrection.