When I was writing Tranquility Point, Book 3 in my historical series, I had my heroine receive a phone call from her intended while he was in London and she was in Wisconsin. Sounds plausible. Right? It would have been except the year was 1918 and the first commercial transatlantic telephone service didn’t happen until 1927.  And, even then, it was done by radio phone and the cost to make such a call was extremely high. Thankfully, I realized my error and rewrote the scene with him sending her a telegram instead.

Even before 1927, several attempts at laying cable on the ocean floor had been attempted with marginal results. Of course, telegraph cable had been laid between the continents and had been in use for years. Still, the desire to have a cable laid across the ocean floor that would allow for many conversations to take place at the same time was the ultimate goal. They knew what was needed to work, but what was necessary to amplify the voice--a line-up many repeaters in a chain within the cable--remained elusive. In time, they were able to make the repeaters small enough, and with the development of coaxial cable with polyethylene insulation, they were able to advance their attempts.

On December 1, 1953, an agreement was signed between Great Britain, Canada, and the United States to work together to lay down two cables between Scotland and a site in Newfoundland. On the Canadian side, extra links would then be set up to carry the transmission to Nova Scotia, and then to the U.S. border where the signal would be sent by a microwave radio link to a station in Maine.

In March of 1955, the British cable ship called The Monarch laid down the cable in sections from Newfoundland to Scotland. Each time they added a length to what was already laid down, men on the ship would go to work and painstakingly connect all the wires inside the two lengths of cable then tightly seal it up and the process of laying down the new length on the ocean floor continued. The following year. a second cable was laid down, to allow for calls going from the U.S. to Great Britain on one cable and calls being made from Great Britain to the U.S on the second cable.

An inaugural ceremony was held on September 25, 1956, when the postmaster general in England spoke to the Canadian minister of transport and the chairman of AT&T in New York. The cable worked perfectly and during that first day of operation, 588 London to US calls and 119 London to Canada calls were made.

If you want a more detailed description of how the cable was laid by the ship Monarch, check out the video at https://youtu.be/qOg3aWwE_a0

Today with cell phones and satellite phones we take calling others all over the globe for granted, but back then it was a very big deal.

Do you speak to others in other countries regularly? 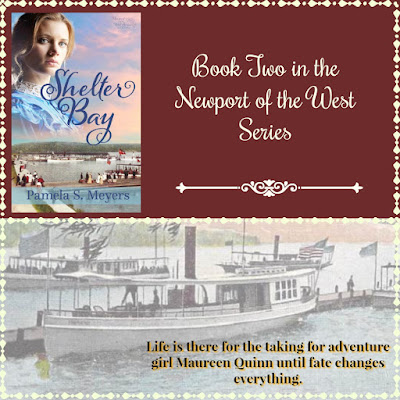