One thing I love about writing historical novels is all the things I have learned about the era in which I’m writing. My next novel, Tranquility Point is set during home front World War 1 and while researching it I learned a lot about the first flyboys to engage in airborne warfare. Aviation was so new at the time, but many brave men took the risk to fly into danger to defend the Allies against the invading Germans.

I’m now starting to research World War II and was excited to learn that about twenty years later, not only were there male pilots engaging in warfare both in Europe and the Pacific, but there were women pilots assisting the war effort at the home front. The Womens Airforce Service Pilots was a civilian women pilots organization that trained women to test and ferry new aircraft from their point of manufacture to bases to be used by pilots in the war. Doing this preliminary testing and delivering freed up the male pilots to be available to fight in the war.

I found an informative film about the WASP pilots and their training on the Wikipedia website. You can find it in the right sidebar. It would never be shown today for a variety of reasons but it gives us a peek into what the women experienced. We've come a long way.

In 1977, the status of these courageous female pilots was changed from civilian to veteran and rightly so. All the veterans were awarded the Congressional Gold Medal in 2009. Sadly some were not alive to experience the joy of being recognized.
My admiration of these women was further heightened by memories of a visit to my local private airport about a year ago when several WWII aircraft did a “fly-in” and I was able to climb inside a B-17 bomber and see the cockpit and the tight interior of the plane. Of course, the women were much younger than I currently am, but no matter the age, it wasn’t easy to climb up into the fuselage.  You had to be in good physical shape. I wasn't allowed into the cockpit but it was very tight in there.

I’ve loved learning about these lady heroes of WW II and you can be assured you will hear more about them in Rose Lodge, Book 4 of my current series.

I want to take a moment to wish all the readers of the Heroes, Heroines and History blog a very Merry Christmas!

Pamela S. Meyers writes historical fiction set in her home town of Lake Geneva, Wisconsin and the surrounding area. She lives in northern IL and can often be found across the state line in Wisconsin nosing around for new story ideas. Her next novel, Tranquility Point, releases in April 2020. 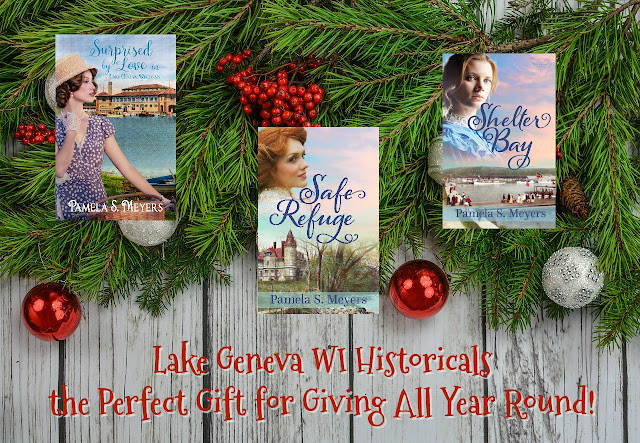