'Twas the Night Before Christmas

Among my fondest Christmas Eve memories was gathering my pajama-snug children around the tree for their father’s annual reading of Twas the Night Before Christmas, a tradition that has been in the family for generations. My children are now grown with families of their own, but I’m happy to say they have chosen to keep the tradition alive by reading the poem to their young. 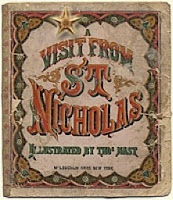 Originally titled A Visit from St. Nicholas, the poem initiated many of the aspects of Christmas lore that we know today.  It also helped settle a controversy between Catholics and Protestants by having Santa arrive on Christmas Eve instead of the religious Christmas day.

The poem is credited to Clement Moore, who claimed he was inspired by a sleigh ride.  It was first published anonymously in the Sentinel on December 23, 1823, having been sent there by a friend of Moore’s.

Despite its popularity, it wasn’t attributed to Moore until 1837.  Moore claimed he wrote the poem for the amusement of his children and not for publication. However, the real reason it might have taken Moore so long to claim authorship was because he was a professor and literary writer and thought the poem not up to his usual standards.

Not everyone agreed. In 1844 Moore was encouraged by his children to publish A Visit from St. Nicholas in his own book of poems.

Thus began a controversy that still exists today; Some experts think that the poem was actually penned by Major Henry Livingston Jr., a view backed by the Livingston family.

This is partly because of the phraseology of the poem, which some experts say is more consistent with Livingston’s style, than Moore’s.  Livingston advocate, Professor Donald Foster, used textual context analysis to argue his case.   He also points out that Livingston’s mother was Dutch, which would explain the Dutch names given to “Dunder and Blixem."  Other experts disagree by pointing out that Moore might have gotten some of the Dutch traditions from his friend Washington Irving.

Not everyone agrees with Foster.  Some say The Wine Drinker is about Moore’s opposition to self-righteous people who support Temperance, but secretly indulge in substances they publicly oppose.

Some think the debate ended with the publication in 2016 of Who Wrote "The Night Before Christmas"?: Analyzing the Clement Clarke Moore vs. Henry Livingston Question.

The book was written by MacDonald P. Jackson, an emeritus professor at Auckland University. The author analyzed both authors’ works with tests, including a new one: the statistical analysis of phonemes.  His conclusion: ‘Twas the Night Before Christmas was written by Henry Livinston.

We might never know for certain who wrote the beloved poem, but I am  truly grateful that it's been part of our family Christmas celebrations for so many years.

Do you have a favorite Christmas Tradition? 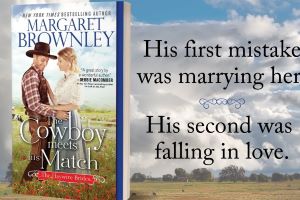