Why Mohawk Disguises For a Tea Party?

When I began research for my novel, The Tea Chest, I came upon one of the only women mentioned during the treasonous event—Sarah Bradlee Fulton. Sarah was a Bostonian lady who was not shy in sharing her Patriotic sympathies, whether it be confronting an entire regiment of Redcoats who’d stolen wood from the Continental Army, spying in Loyalist-occupied Boston, or coming up with (and helping to implement) the idea of the Mohawk disguises to dump the tea the night of December 16, 1773. I was fascinated with this woman and decided to create a fictional friend for her, Emma Malcolm (my historical heroine), who would help Sarah in some of these endeavors.

But first, I had to understand why an 18th-century woman would come up with the idea of such a disguise. Sure, I suppose if I were to commit treason on a cold December night, I’d want the safety of a disguise as well. But why a Native American? While a modern-day reader of history may think it insensitive, if we can peel back the layers of reasoning, we might begin to understand this disguise of choice that Sarah suggested.


Of course, no one really believed Mohawks traveled over 200 miles, boarded the Dartmouth, the Eleanor, and the Beaver, and dumped the tea in Boston Harbor. It was ludicrous. But the masquerade did give the men who committed the crime a scapegoat (no matter how unbelievable), and the mystery and unity of the disguise successfully provoked fear in those who threatened their voices.

At that time, colonists and Native Americans had already shared a long, gruesome history. Colonists feared their Native neighbors at the same time that they admired how passionately they fought. And with the centennial anniversary of King Philip’s War, captivity accounts were reprinted, becoming popular reading in 1773 Boston. These stories renewed the fear, and even hatred, of the Native Americans.

Since the early 17th century, Massachusetts—and Boston, in particular—was often symbolized with the image of a Native American. The 1629 seal of Massachusetts depicted a Native man, and the Province House copper weather vane was an Indian with a bow. Even Paul Revere used the Native Americans in a design used to celebrate the repeal of the Stamp Act in 1766. English cartoonists portrayed the colonists as petulant, whining, rebellious Native Americans. Benjamin L. Carp, in his book Defiance of the Patriots, states that English writers “were calling an American-born white New Englander a ‘tame Indian’ and worrying that American-born English people were taking on ‘Indian’ characteristics such as dishonesty, laziness, and indulging their children.”

While we now realize that this derogatory way of thinking was not only wrong, but prejudice, Boston Patriots chose not to shun this identity, but rather embrace it. Painting their faces with lampblack, slicking their hair with oil, and donning blankets and tomahawks, the men vowed to do no harm to anything or anyone but the tea. They vowed to act in honor even while committing the act of treason.

It also wasn’t coincidence that the leaders of the Sons of Liberty—Samuel Adams, Joseph Warren, John Hancock, and Thomas Young—made certain they were publicly seen at Old South Meeting House at the time of the dumping. In this manner, these men, who represented “the Body of the People” and who gave voice to formal protests against the Tea Act, separated themselves from the treasonous act at the same time that the Mohawk disguises separated the treasonous act from “the Body.”

Either way, the disguises accomplished what they set out to do—create fear, send a message, and conceal identities. While Sarah Bradlee Fulton played a pivotal role in the Tea Party, this was actually just the beginning of what she (and Emma!) would accomplish for the Patriots during the Revolution. 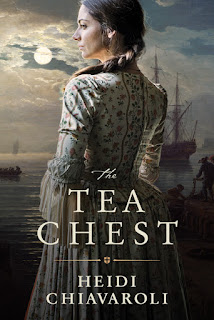 Boston, 1773
Emma Malcolm’s father is staunchly loyal to the crown, but Emma’s heart belongs to Noah Winslow, a lowly printer’s assistant and Patriot. But her father has promised her hand to Samuel Clarke, a rapacious and sadistic man. As his fiancée, she would have to give up Noah and the friends who have become like family to her—as well as the beliefs she has come to embrace.

After Emma is drawn into the treasonous Boston Tea Party, Samuel blackmails her with evidence that condemns each participant, including Noah. Emma realizes she must do whatever it takes to protect those she loves, even if it means giving up the life she desires and becoming Samuel’s wife.

Present Day
Lieutenant Hayley Ashworth is determined to be the first woman inducted into the elite Navy SEALs. But before her dream can be realized, she must return to Boston in order to put the abuse and neglect of her childhood behind her. When an unexpected encounter with the man she once loved leads to the discovery of a tea chest and the document hidden within, she wonders if perhaps true strength and freedom are buried deeper than she first realized.


Two women, separated by centuries, must find the strength to fight for love and freedom…

and discover a heritage of courage and faith. 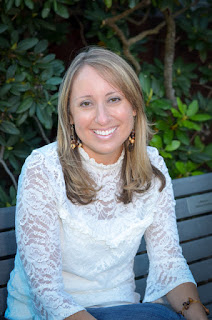 Heidi Chiavaroli writes women's fiction, exploring places that whisper of historical secrets. Her debut novel, Freedom's Ring, was a Carol Award winner and a Christy Award finalist, a Romantic Times Top Pick and a Booklist Top Ten Romance Debut. She makes her home in Massachusetts with her husband and her two sons. Visit her at heidichiavaroli.com