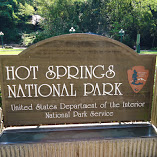 When I was a teenager, our family loved to go camping in Arkansas and one of our favorite places was Hot Springs, Arkansas. Later, as an adult, my husband  and I visited his brother and sister-in-law every spring  when other brothers and sisters would come for a reunion.

I started working on a manuscript that has a natural hot springs on the land where my hero works a ranch. In doing research about natural springs, I learned a lot more about the history of the springs in Arkansas and how long they’ve been used.

The name comes from the natural thermal spring waters found there. The springs flow out the ground with an average temperature of 143 degrees Fahrenheit. These springs produce around a million gallons of water every day. The fact that they are still producing like that amazes me.

Historians aren’t exactly sure when people began visiting them, but Native Americans are known to have been there. They called the area, “Valley of the Vapors.”  The marvelous thing about that era is that this piece of land was 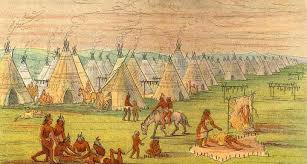 neutral territory so the tribes could come to the healing waters in peace.

In the mid 1500’s, the Spanish and French claimed the area, and it is said that Hernando de Soto was the first European to visit there in 1541.

Then in 1832, because the springs were such a marvelous natural wonder, President Andrew Jackson designated the area to be the first federal reservation. It became essentially the first national park and predates Yellowstone by 40 years.

In less than ten years, the rough frontier town became a spa city with elegant 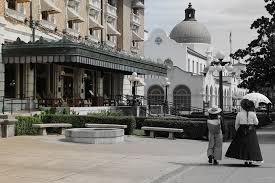 Here is a picture of one of the hotels with their staff ready to meet the needs of their patrons who came to enjoy the warm baths. 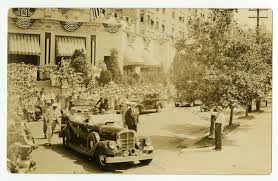 During his term as President, Franklin Roosevelt visited the springs for treatment and relief from his polio that confined him to a wheelchair.


Not only can one enjoy the hot springs in bathhouses, but it is pumped into downtown hotels and spas. Visitors may even bring their own containers and fill them with water from public fountains. My sister-in-law always had multiple bottles of the spring water in her refrigerator for us to enjoy.

THE DARK SIDE:
However, there is a not so stellar side to Hot Springs history as well. It became known as a hotbed with organized crime syndicates running gambling, prostitution and bootlegging operations. As early as the mid to late 1800’s illegal gambling took place in the town with two families in control and competition. The Flynns and Dorans constantly fought for gaming rights that eventually led to a gunfight in 1899 infamously known as the Hot Springs Gunfight.

Big name crime leaders such as Al Capone, Frank Costello, Bugsy Moran, and Lucky Luciano used it as a popular hang-out. Because of its secluded location, it made for the perfect hideout. Hot Springs offered all the amenities of a place like Las Vegas before that city ever came into existence.

Those activities didn’t come to an end until the 1960’s when the federal government conducted a crackdown on the illegal gambling operations. A Gangster Museum of America gives visitors a glimpse into that sordid era with classic relics of the time. These include old roulette tables, vintage slot machines, weapons, and a documentary in the theater.

Baseball Comes to Hot Springs
Another interesting facet of the town is the baseball connection. Cap Anson brought his team, the Chicago White Stockings, to the Springs in 1886. Because 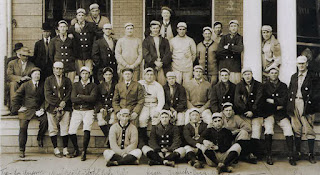 of all the activities available as well as the mineral springs and the beautiful scenery of the Ouachita Mountains, it soon became a popular resort town. Before this time, no one had ever heard of having spring training for professional baseball, but it started here with five fields and as many as 250 players converging on the town each spring to train for the summer season of baseball ahead.

You can visit www.hotspringsbasealltrail.com to find stories of the golden age of baseball in Hot Springs. Many legends in legends in professional baseball history spent their spring days in the town with the springs that soothed their aching bodies.

Today, bathhouse row still has the beautiful buildings built in those early days, and tourists come each year to partake of the healing waters. One of my favorite attractions of the area was the tower which tourists could climb for a great view of the mountains and town below. Yes, we had to walk up the stairs to reach the top back in the 1950’s, but what we knew awaited us made the tromp up the stairs worth it. Today the tower is much more modern and has an elevator to carry people to the top for the view. 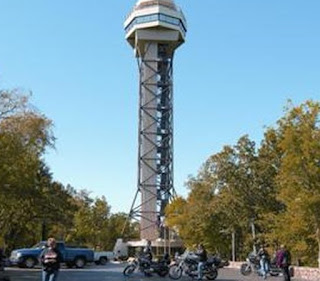 What parks have you visited in the National Parks System. My novella Mission of Love takes the hero and heroine to Yellowstone National Park on a mission trip with the youth of the church.

When Chelsea and Ryan accompany the youth from their church on a mission trip to Wyoming, they find more than the beauty of Yellowstone Park and Jackson Hole. As they work with the teenagers in serving a church in Sheridan, they grow to care about each other, but the ghosts of their pasts threaten the future. A mission to serve the Lord becomes a mission to find love in the midst of past heartache and disappointment.